Transport of life: what kind of special equipment they use to move around the Arctic off-road

The harsh environmental conditions in the Arctic dictate high requirements for equipment that transports people and goods. It must be adapted to extreme weather conditions, water hazards, snowdrifts, and also comply with environmental standards so as not to harm nature. In Russia, there is already a technique that has proven itself in the conditions of the polar off-road. At the same time, new models are being developed.

"Workhorses" of the North 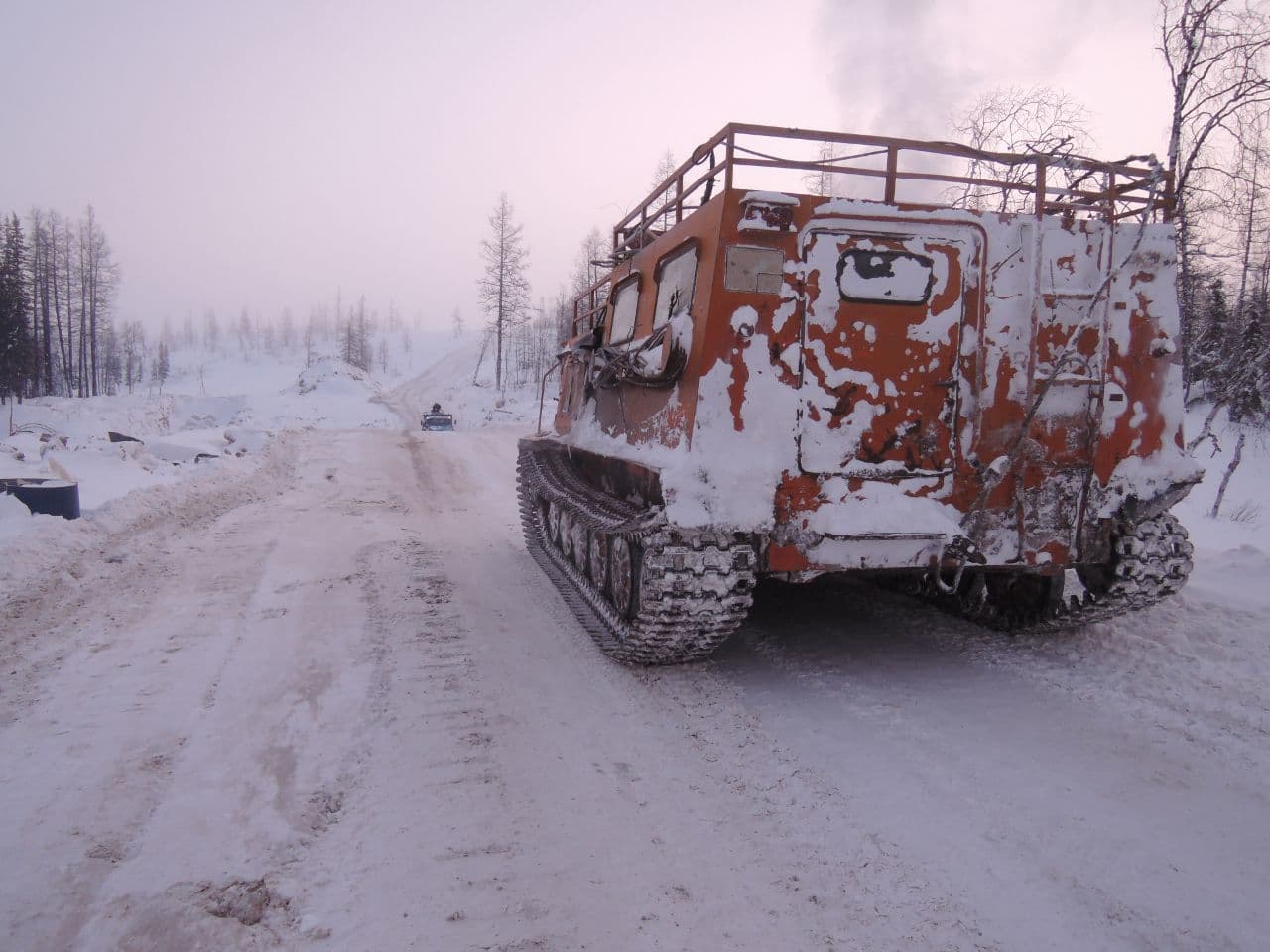 Trekols are one of the very first snow and swamp vehicles that appeared in Russia for free sale in the 1990s. And they have remained the most popular ever since. The production facilities of the company are located in the Moscow region of Lyubertsy. More than 350 pieces of equipment are produced annually.

Of the popular models, TRECOL-39294 is currently worth highlighting - it is a floating six-wheeled all-terrain vehicle. The car can drive 8 people, and it can reach speeds of up to 70 km / h. They can reach this speed on asphalt. But on an uneven surface, they can move more calmly, which allows them to overcome bog bumps, and ice hummocks, and fallen trees. There is also a four-wheeled all-terrain vehicle TREKOL-39041 with the body of the UAZ, which is well known to every Russian, and other models. Thanks to a wide range of models, the company manages to offer its products to different categories of consumers. This is precisely the guarantee of survival in the market for the production of all-terrain vehicles in our time. So, the "Forester" models are designed for fishing, hunting, outdoor enthusiasts, tourists. The Ambulance model is designed for physicians. It will allow doctors to reach even the most remote and inaccessible places in the Arctic. The Husky model is used by oilmen, emergency services, geologists. In the past few years, the TREKOL company has entered a very promising military market.

"The appearance of the machines, technical parameters have changed. Today, TREKOL is at a new stage. The model range is getting a new bright design, innovative design solutions that will be appreciated by customers," the company says. Trekols are one of the very first snow and swamp-going vehicles that appeared on the free market in Russia in the 1990s. And they have remained the most popular ever since. The production facilities of the company are located in the Moscow region of Lyubertsy. More than 350 pieces of equipment are produced annually. 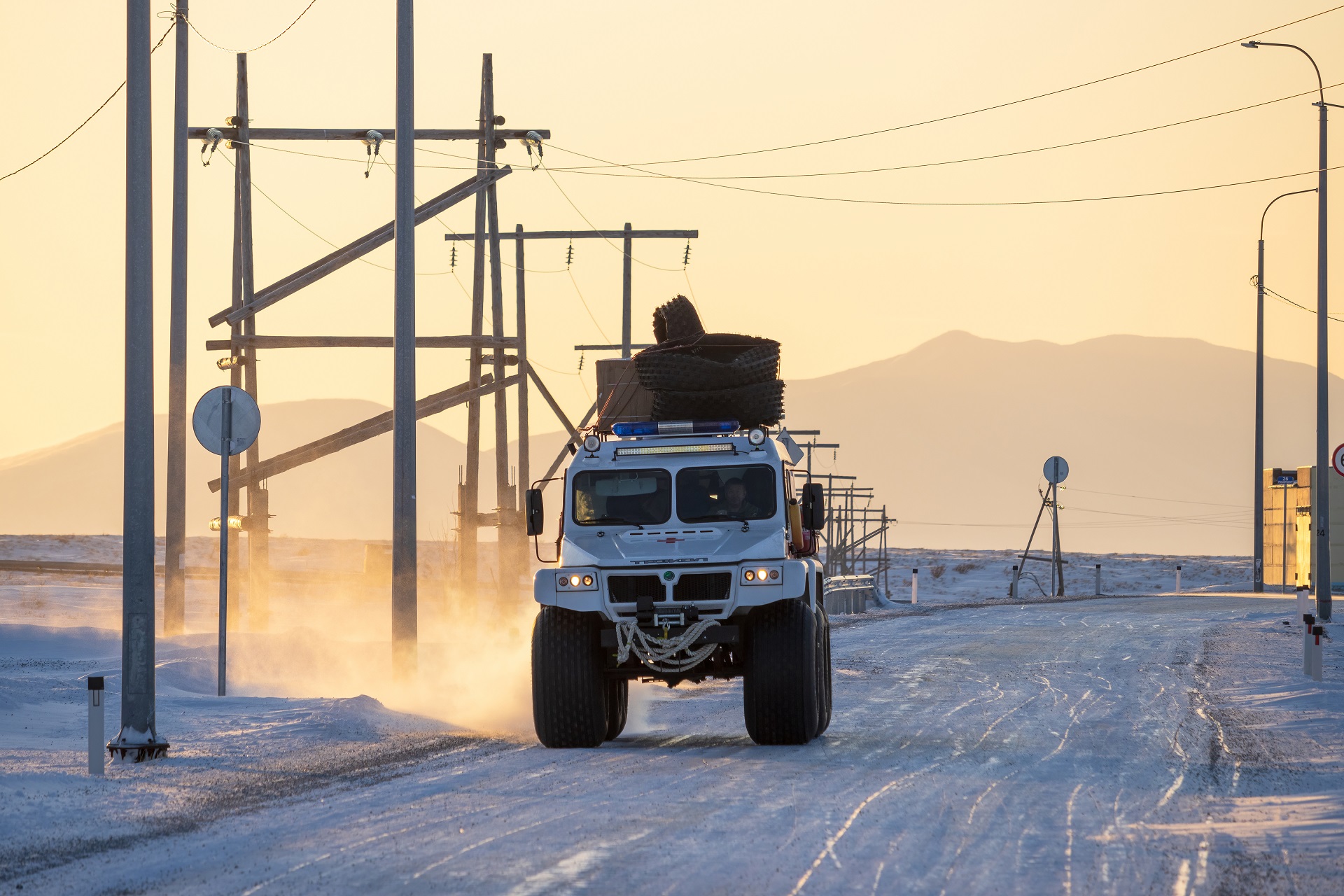 "The appearance of the machines, technical parameters have changed. Today, TREKOL is at a new stage. The model range is getting a new bright design, innovative design solutions that will be appreciated by customers," the company says.

"Obstacle - there is a way"

"Obstacles do not block the path, obstacles are the path!" - this motto is contained on the page of the company "Sherp."

Since 2020, the serial production of the Arctic all-terrain vehicle "Sherpa" has been underway. Even a power station or a drilling rig can be installed on the platform of the all-terrain vehicle. "Sherp" can be used for laying cables, transporting workers going on watch. That is, the circle of potential buyers of such equipment is very wide.

According to the head of the experimental and testing department of the Sherp company, Alexander Chikin, this machine was first presented to the public several years ago in the city of Toronto. "Our machines are sold all over the world. The largest overseas market is Canada, where our company has a representative office and a small assembly plant. In addition, our products are exported to countries in Europe, South America, Africa, as well as Australia. But the main clients are, of course, concentrated in Russia, ”said Alexander Chikin.

Since 2020, the serial production of the Arctic all-terrain vehicle "Sherpa" has been underway. Even a power station or a drilling rig can be installed on the platform of the all-terrain vehicle. "Sherp" can be used for laying cables, transporting workers going on watch. That is, the circle of potential buyers of such equipment is very wide.

Snowbike with a design from the future

New machines for the Arctic are also under development. Thus, the Russian Scientific School of Arctic Design has developed a snowbike and an Arctic "house on wheels".

A snowbike, aka an electric motorcycle, is easy to repair in the event of an unexpected breakdown. This is very important - after all, the failure of a vehicle in the wilderness without the ability to continue moving soon will require remarkable efforts to evacuate tourists - on other all-terrain vehicles, if they are nearby, and if not, then by helicopter, which is very expensive. In addition, do not forget that a stuck bike can simply be thrown by the owners in a swamp or snowdrifts due to the impossibility of removing it. And the equipment is not cheap, so the ability to quickly repair and stock all the necessary spare parts on board is especially important. Manufacturers promise to make the ease of repair one of the main "chips" of the new vehicle.

To make potential buyers more interested in buying this exotic, the appearance of the snowbike was made futuristic, it resembles the transport of the future from Hollywood science fiction films. Design options have their own names: "small bird", "humpbacked horse". A pilot batch of 100 snowbikes is expected to be released and used for excursions in the national reserves of the North of Russia.

The snowbike is easy to repair, says Svetlana Kravchuk, a senior researcher at NR TSU, school director, about the merits of the development. “The customer came to us with a ready-made prototype, a proven and tested design, and a specific task - to make an attractive“ shell. ”The problem to be solved was indicated as follows: this type of transport has practically no analogues, and therefore there is no understanding yet where such transport can be useful. Therefore, it was decided to start with the "easiest" sphere - the sphere of tourism, where you can test the most diverse and daring design solutions, identify consumer preferences, understand how to "embed" this vehicle into the culture of a particular area. a snow bike for the production of a small series of 100 copies, "she said.

Other vehicles are also planned for release, such as an all-terrain vehicle for driving in rural areas, and a "house on wheels", or a camper.

It is planned to make the "Autocamp" electric, the supply of energy will be enough for three days, that is, it will not be possible to live autonomously in nature for weeks with its help. Here's what they say about the RV at the School of Arctic Design itself:

“This off-road camper is the basis for the Rapid Deployment Camp, which includes an accommodation unit and additional equipment. It is a relatively low compartment with a kitchen area in the luggage compartment and a raised roof element (sunroof) to increase interior space. The internal living space is zoned: a zone of passive rest and sleep, storage areas of various sizes, a bathroom. "

Although it is already possible to find on the Internet offers of some travel agencies for all-terrain tours in the Arctic, their number is still limited, and the price is quite high. The development of experimental equipment for traveling in the Russian Arctic and its introduction into the tourist business is a very promising direction. This will improve the life of local residents, attract a large number of tourists to the region, showing them directions and routes previously inaccessible to them, and in the future, if the models are put into serial production, entering the promising international market for vehicles of the Arctic countries.

In preparing the article, materials of the publication "Lyubertskaya Panorama", RT, TASS agency were used.

Read more
Novy Urengoy Novy Urengoy: flight into the future
Naryan-Mar Arctic adventures in the tundra capital
Zapolyarye What Does One Need to Conquer the Russian North?