22.10.2021 // Intinskoye became a resident of the Russian Arctic zone with a project focused on reindeer herding and the production of meat products in Inta municipality. The project will unite all of the area's agricultural enterprises into one complex with modern equipment that will produce popular products.

With a total investment of RUB 6 mn, the new enterprise will create 153 jobs. This is expected to boost the agriculture of the municipality and Inta's economy in general.

From canned foods to fur boots

Intinskoye LLC was created in May 2021 and became an AZRF resident in August. The company aims to make the existing agricultural enterprises of Inta municipality efficient and competitive.

The investment project will integrate all local agricultural enterprises – Abez, Petrunskoye and Inta Pripolyarnaya agricultural holding – into a single complex. The complex will mainly focus on reindeer herding: when the companies merge, the total number of reindeer owned by Intinskoye LLC will reach 25 thousand. The new company will produce venison products, engage in other animal husbandry activities, produce milk, animal feed, baked goods and take care of wholesale and retail sales. 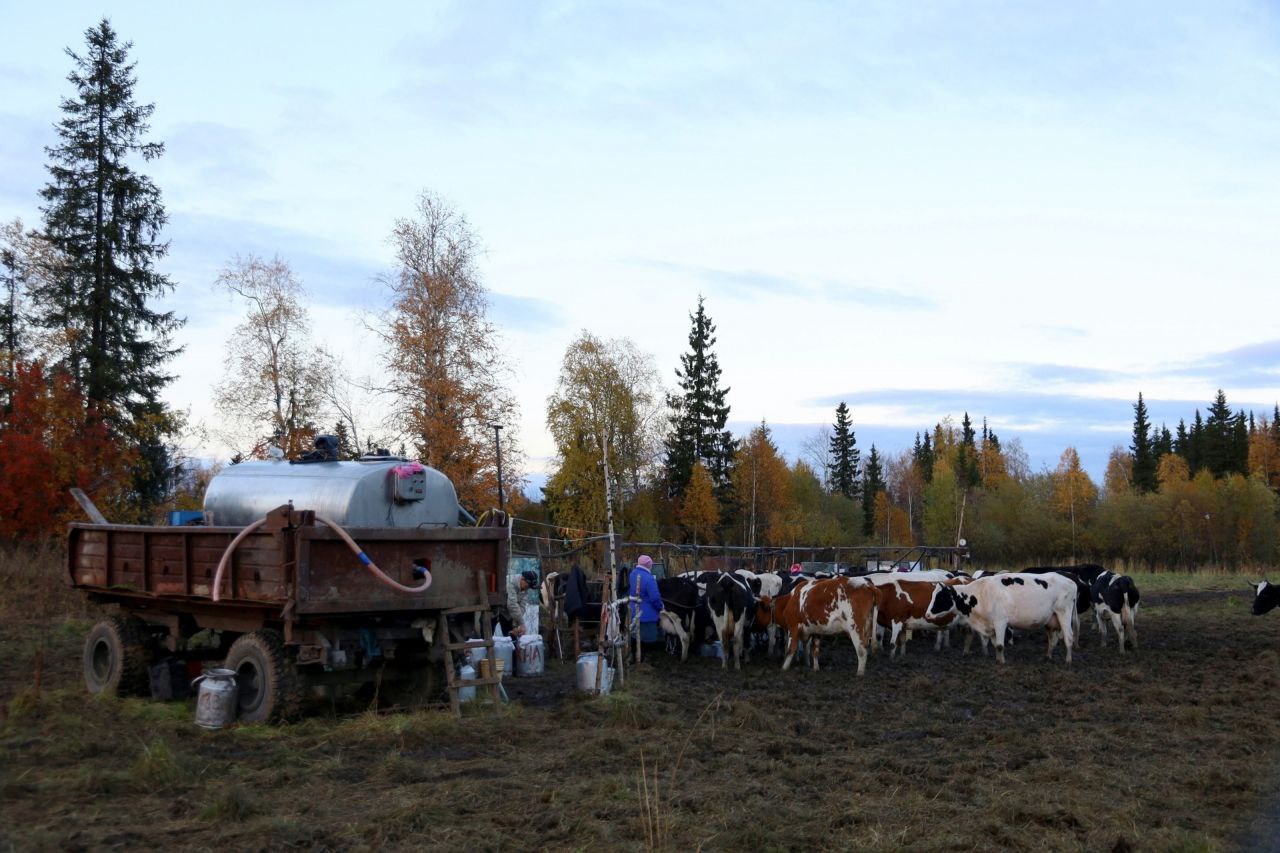 'We believe that everyone will benefit from this merger: the enterprise will create new jobs and new areas of business. We hope to hire blue-collar workers, as well as highly qualified specialists', says Sergey Khudi, CEO of Intinskoye LLC. 'Inta has always been engaged in reindeer herding and it still is. However, the production process only included the slaughter of reindeer. After that, the meat was sold as a raw material. We now want to carry out deep processing of venison and utilise 99.9% of the raw material. We are planning to produce about 30 kinds of venison products – the meat itself, semi-finished products, canned foods and so on, even dog food. We also want to revive skins processing and production of various products made of reindeer skin. Like nutukas – reindeer skin boots. This craft has almost been forgotten and we want to bring it back. The declared investment of RUB 6 mn will be spent, first and foremost, on purchasing equipment for these production facilities.

Preserve the best, see the new

Why was it necessary to merge the existing enterprises to create a new company? Why couldn't an agricultural complex be built from scratch? To answer these questions, we need to learn more about life in Inta, which is included in the all-Russian list of monotowns.

Inta currently has 21 thousand residents. In the early 1990s, its population was three times bigger. After large deposits of steam coal were discovered on the territory of today's Inta municipality back in 1932, the economy of Inta relied on coal mining for several decades. However, by the beginning of the 21st century, those resources were being depleted. Intaugol ('Inta Coal') JSC became unprofitable and was liquidated in 2018.

'A lot of people have been leaving Inta lately. There aren't that many factories in the town. The Inta Pripolyarnaya agricultural holding, which will become the foundation of the future complex, is very important for local residents, although it's had some difficulties over the past few years', Sergey Khudi says.

Inta Pripolyarnaya was created in 1969 as a poultry farm. However, poultry farming and egg production have recently become unprofitable due to high production costs. Every year, the region spent hundreds of millions of roubles to keep the company running. Eventually, it was decided to close down the poultry farm and concentrate on meat and dairy production.

And it's proven to be the right decision. Inta Pripolyarnaya currently has 200 dairy cows and 112 calves and processes 1,700 tonnes of milk per day. The enterprise has 125 employees. Still, the agricultural holding finds it difficult to make up for the losses of the previous years. The profits are going down: in 2019, they were only a third of what the company made in 2018. Plus, staying afloat is no longer enough. To be competitive, the enterprise needs modern equipment, good workshops, smooth-running production and logistics processes. So far, Inta Pripolyarnaya is falling behind on all fronts. But the tide may turn soon: the management of the agricultural holding, along with the governments of Inta and the Komi Republic, have come to the conclusion that implementing a project in the AZRF and establishing a new legal entity with resident status is the quickest and most effective way to take the company to a new level. The businesses from Abez and Petrun villages with 117 and 430 residents respectively are also likely to benefit from the merger.

That being said, no one expects that it will be easy or that the problems accumulated over the years will solve themselves.

'We created the project just a few months ago, but the economic situation has already changed since: we are experiencing difficult times because of the pandemic. Some equipment has gone up in price; the prime cost of some production types has changed as well. We may even have to revise the types of products we make', Sergey Khudi says. 'We are assessing all the risks once again and discussing the new circumstances with suppliers. Hopefully, things go according to plan and we are still able to complete the project by the end of 2022.'

Economy Northern gold: how the precious metal is extracted in the Arctic

Transport A great sea journey ahead!

Pomor Shipping, a resident of the Arctic Zone, is set to acquire its own icebreaker