How the Arctic Gates Gave Way to Novy Port Oil

19.10 // The Novoportovskoye oil and gas field, the largest on the Yamal Peninsula, was discovered back in 1964. Geological surveys revealed a massive quantity of fossil fuels near the Novy Port village, 300 km north of the Polar Circle. The deposit reserves were estimated at 320 mn m³ of gas and 250 mn tons of oil. Moreover, the oil itself turned out to have remarkable characteristics, with few impurities and only 0.1% sulphur content. To compare, the best Brent oil has a 0.3% sulphur content, while Middle Eastern oil is 2% sulphur.

However, the deposit has a very complex geological structure, and the 400 m layer of permafrost makes extraction even more difficult. The harsh climate doesn't help either. Annual temperatures in the area vary between +30 °C and –55 °C, with winds reaching up to 40 m/s. The nearest town, Nadym, is 250 km away. 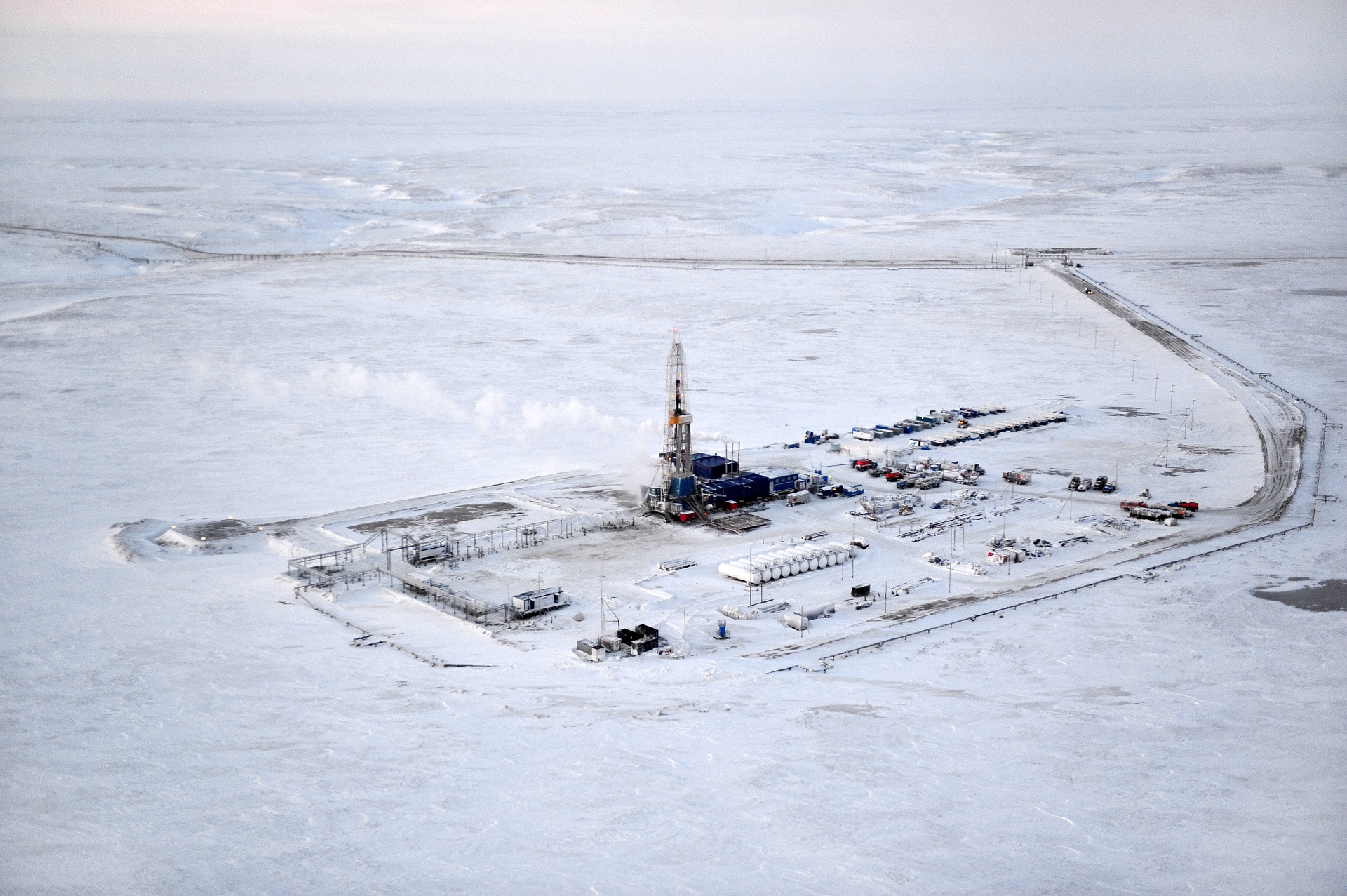 After nearly half a century of unsuccessful attempts, engineers and scientists were finally able to crack the code to this giant oil reserve. In 2010, Gazprom decided to transfer the deposit to Gazprom Neft. The company's subsidiary, Gazpromneft-Yamal LLC, became the project operator. The new owner made a bold move and organised for the oil to be transported by sea: first along the Gulf of Ob, and then down the Northern Sea Route with the help of icebreaker ships. In 2011, the company made their ambitious plans a reality and navigated icebreakers from the Gulf of Ob, which is covered in ice from October to June. In 2015, the new grade of light oil called Novy Port was shipped for the first time over the winter months, successfully guided along the Northern Sea Route by a nuclear-powered icebreaker.

To ensure the required supply of oil all year round, Gazprom Neft proposed a revolutionary tanker-loading solution. At 12 m deep, the Gulf of Ob was too shallow for Tankers to approach the shore. For that reason, Gazprom built an oil terminal 3.5 km from the coast, where they would have no problem loading the large-capacity vessels.

The Gates of the Arctic became the only freshwater oil terminal in the world above the Polar Circle. This unique structure resembles a tower, soaring 63 m above sea level and descending 17 m deep under the water. It is supported by 12 posts that are submerged 85 m deep into the permafrost.

The terminal has a two-level security system and adheres to even the strictest rules of industrial safety and environmental protection. It is operated remotely and all of its main systems are duplicated. The equipment is securely protected from water hammer.

Oil is supplied from the extraction point to the shore by a fully automated pressure oil pipe over 100 km long with a capacity of 600,000 tons a year. The Gates of Arctic is connected to the coast by two underwater pipelines with a total length of 7.9 km and 18-mm thick walls. The pipeline is covered with a concrete casing to prevent the oil from leaking into the ocean in case of an accident.

At the terminal, the oil is loaded into Arc7 ice-class tankers made from high-durability steel that is resistant to low temperatures. These ships can break ice up to 1.8 m thick and boasts the highest class of environmental safety. Two powerful diesel and electricity-powered icebreakers, the Alexander Sannikov and Andrei Vilkitskiy, accompany the tankers in the Gulf of Ob. These extremely mobile machines can endure temperatures as low as –50°C and make 360° turns in just 1 minute. Then, nuclear icebreakers from Rosatomflot accompany the ships along the Northern Sea Route. In the Kola Bay near Murmansk, the oil is re-loaded into a giant oil-carrier to be shipped to customers.

Zapolyarye Recreating the ecosystem of the "mammoth steppes": a new resident of the Arctic zone has appeared in Yakutia