The Dvina Park project: family holiday with a sea view

9.12.2021 // Arkhangelsk is the third-largest city in the Northwest Federal District in terms of size and number of inhabitants. A group of entrepreneurs chose this place to build an amusement park. 'Being local residents ourselves, we clearly see that a big city like ours is in desperate need of places where a whole family could go and spend the whole day,' Alexei Schetinov-Tifanov told Arctic Russia. Alexei is the co-founder and CEO of Dvina Park, a company that brought together the participants in the project.

Ferris wheel at the waterfront

As planned by the investors, the park will have a number of rides, children's playgrounds, venues for sport and entertainment shows as well as several restaurants and various types of cafés.

'But the key element of the park, its "specialty," will be a Ferris wheel. We want to strategically place the observation wheel so that it will offer a view of the waterfront and the river. And everyone could admire the scenery and appreciate the nature of the North,' Alexei Schetinov-Tifanov says. 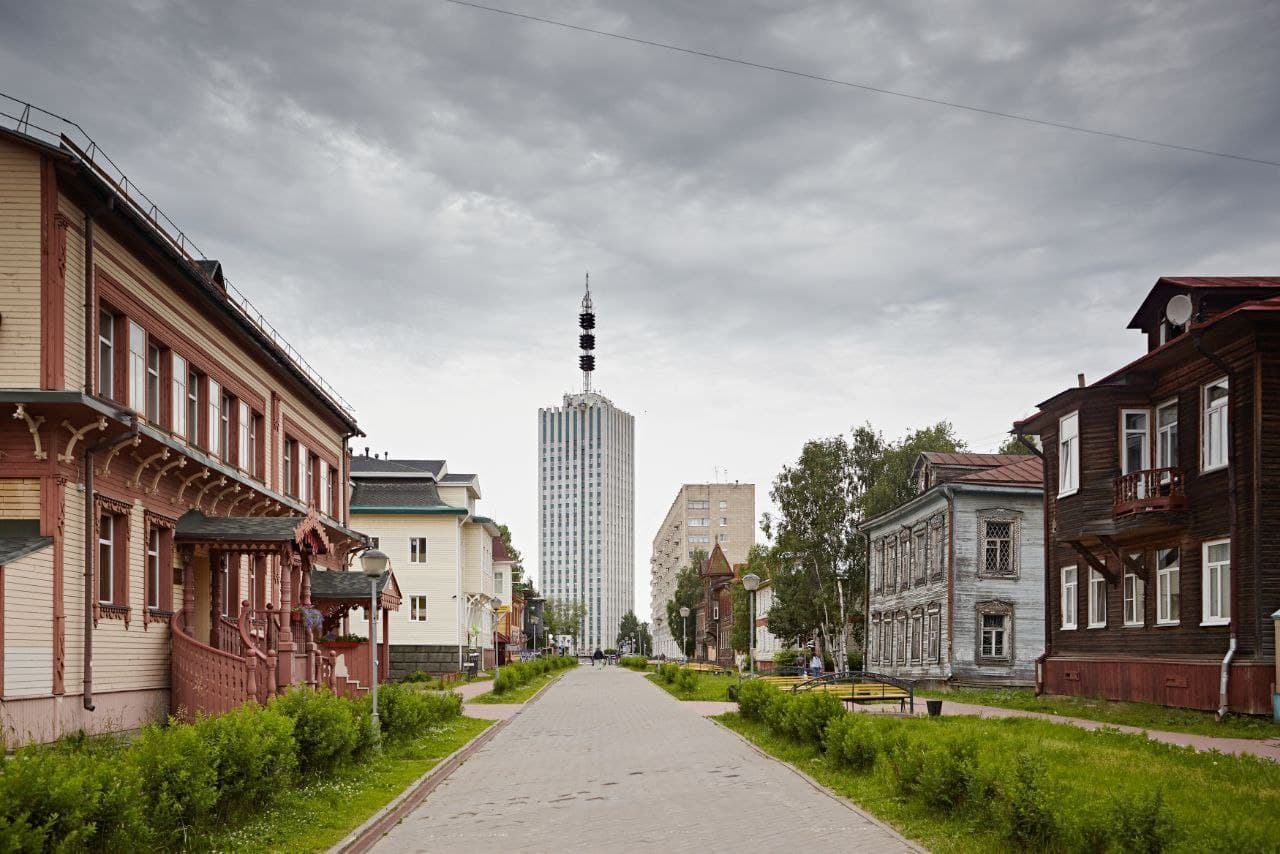 According to him, this recreation and tourist project is unique for Arkhangelsk. Through its implementation, the entrepreneurs want to do something nice for their compatriots, introducing new recreation options, as well as attracting tourists.

To successfully complete the Dvina Park project, the entrepreneurs decided to obtain the status of a resident of the Arctic Zone of the Russian Federation. This status can be claimed by private companies and sole proprietors. The government provides a whole range of tax benefits and property exemptions for the projects implemented by Arctic residents.

'We drafted our project proposal, sent it to the Agency of Regional Development, got approval and in August obtained a certificate granting our company the status of a resident of the Arctic Zone of the Russian Federation,' Alexei explains.

It wasn't so difficult to obtain the status. Alexei told us that the Agency accepted all documents on the first try. There were some issues that came up as the papers were being processed. But those were some minor problems that were promptly dealt with.

In the historical context

At the moment, the authors of the Dvina Park project are in the process of signing a lease agreement for the land where the new park will be located. The entrepreneurs believe that they will have finalised the paperwork by the end of 2021. But even now Alexei Schetinov-Tifanov is very optimistic about the project. He notes the interest the local authorities are showing in it.

'Right now, the Dvina Park project is being financed by private investors. However, it's not that the local administration has no interest in it. On the contrary, it is interested and, of course, we'll continue seeking government support,' Alexei shares his plans with Arctic Russia.

The project includes a separate plan for the waterfront infrastructure development. More precisely, it's that part of the waterfront that will be adjacent to the new park. The waterfront is expected to be modernized and adapted to various water game facilities. 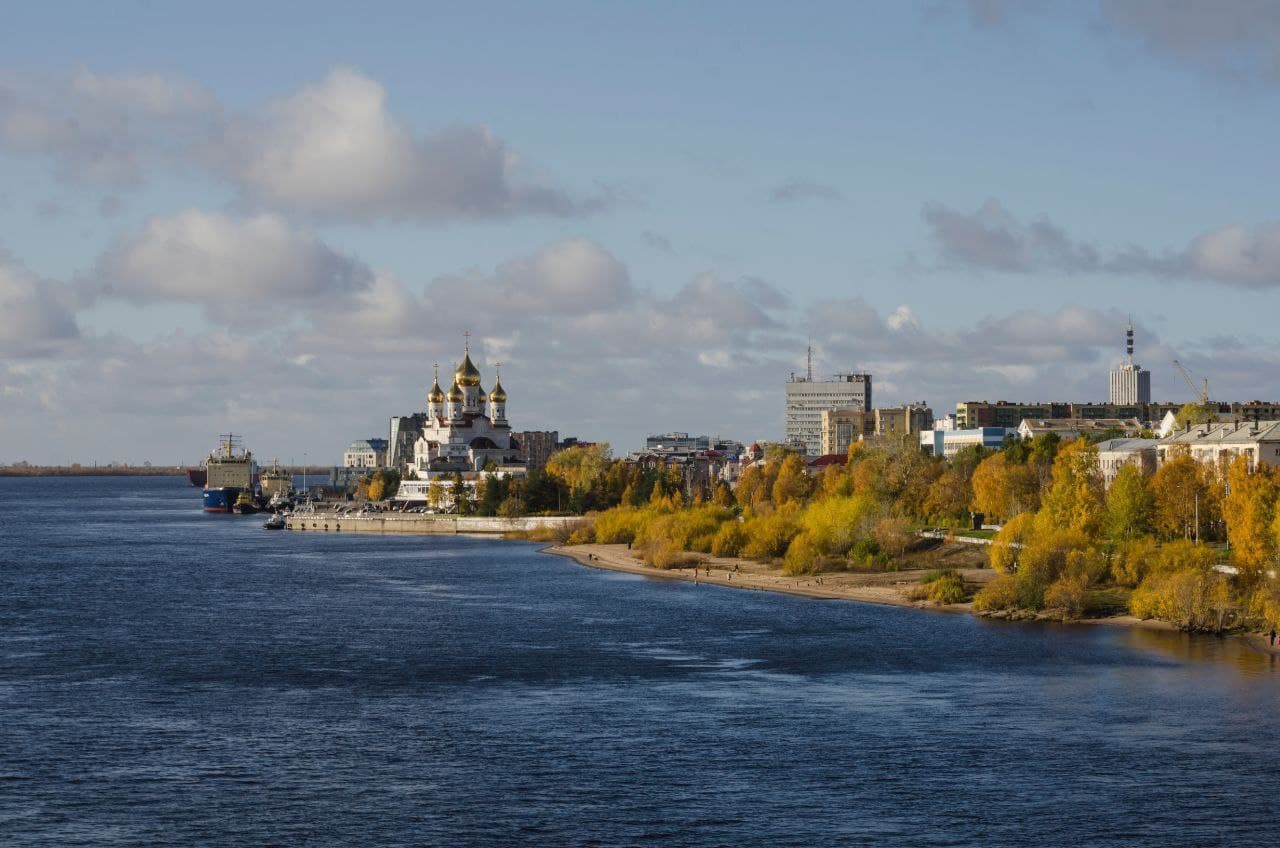 The entrepreneur is not revealing all of his ambitious plans. 'We'll be taking one step at a time with the project implementation,' he says cautiously.

One proof that the city administration is committed to initiatives like the Dvina Park is that it has plans of its own. Arkhangelsk has become one of the chief contenders for federal support with its tourist code project for the city centre. The project for the renovation of the historical streets and monuments of Pomorye's capital is on the list of top ten initiatives recommended for further consideration. This was announced by the Russian Federal Agency for Tourism in early December as it summed up the results of the contest. What does this mean?

'The development and preservation of the heritage part of the Arkhangelsk centre will add to an appealing tourist image and attract more visitors to the Arkhangelsk Region,' Oksana Svetlova, the regional Minister of Culture, commented on the decision.

The project involves 'placing of information plates with QR-codes, navigation and information structures, digital information stands, installation of photo booths, design and installation of small architectural forms, street art objects as well as arranging venues for public entertainment.' In view of the urban development plans, the Dvina Park could become one of the most popular attractions in Arkhangelsk both for the local population and tourists.