18.10.2021 // Transliman has been granted resident status in the Russian Arctic zone for an aerial bridge project. The unique cable car will connect two large settlements in Chukotka – Anadyr and Ugolnye Kopi. Transliman CEO Alexander Filippov talks about how the new aerial bridge will provide the region with year-round transport connectivity and why this unusual means of transport can become a tourist attraction.

An aerial bridge is set to be built in Chukotka and connect Anadyr and Ugolnye Kopi village where one of the region's airports is located. These two localities are separated by Anadyr Estuary, so their transport connectivity depends on the weather, according to Alexander Filippov. 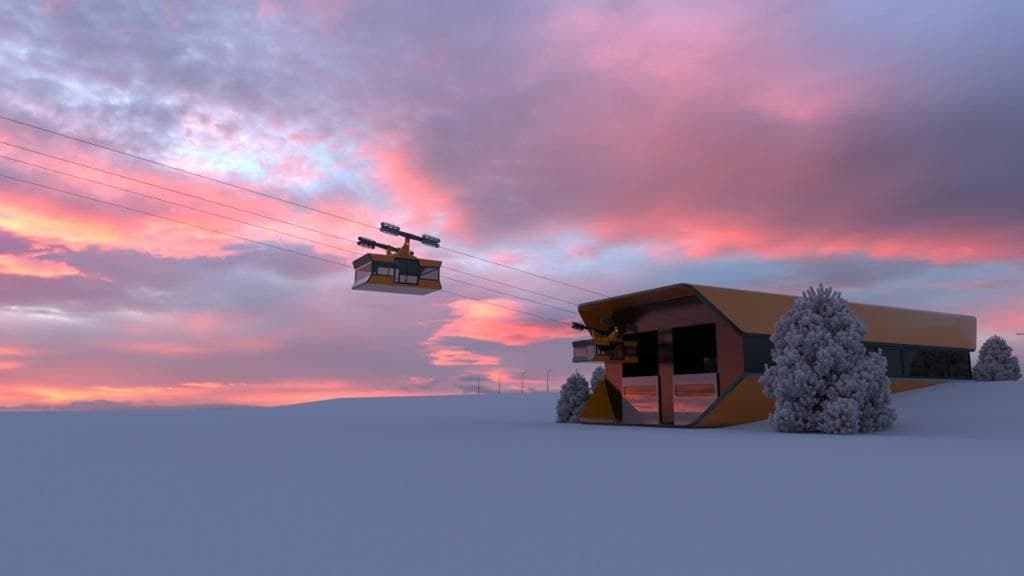 'The absence of regular transport between Anadyr and Ugolnye Kopi village is one of the region's key problems. In winter, you can make the journey across the ice, but as the seasons change, carrying cargo only becomes possible by helicopter or hovercraft. But either option is directly tied to the weather, which often complicates both cargo and passenger transport', Filippov says to Arctic Russia.

According to Alexander Filippov, the cable car will ensure stable year-round transport connectivity. The aerial bridge will be 7.6 thousand metres long. Project authors say it may be extended to the centre of the village if necessary, which will make the crossing more accessible and comfortable for local residents.

'It is possible from the technical point of view: a similar solution already connects two relatively large localities in the region. At the same time, this kind of transport will be affordable for passengers: a one-way ticket will cost about RUB 500. For comparison, the same journey in a private hovercraft costs about RUB 3,000. One cabin will be able to accommodate up to 35 people; there will be four of them in total. The total trip will take no more than 25–30 minutes', Filippov says.

The aerial bridge will also be suitable for cargo transportation and fit up to three tonnes of cargo per cabin. Despite the heavy loads, the Transliman project meets all safety requirements. Transliman CEO says it's not your typical cable car as its technical solutions are quite different from similar constructions at ski resorts or river crossings.

'We are planning to build about six support structures ranging from 60 to 110 metres high. Their tops will be connected by four ropes, two going in each direction. This is meant to ensure a seamless and, most importantly, safe crossing. The technology is fully autonomous, adapted to Russian conditions and can work all day long', Filippov explains.

The cable car construction will also boost the region's development. According to the estimates of local authorities, the natural population growth rate in Ugolnye Kopi is about three times lower than in Anadyr. The locality's average salary is 20% lower than that of major urban agglomerations. The new year-round transport route will improve the quality of life of local residents and also increase labour migration between the localities.

An aerial bridge above the estuary

Project managers estimate that it will take three years to complete the aerial bridge. One year will be dedicated to design, and the other two – to the actual construction of the cable car and support infrastructure.

'We have been preparing for the project and developing technical solutions for about two years. We are now ready for project implementation but we are still waiting for official approval and permits from the authorities. We are also looking for the best solution in terms of funding', says Filippov. 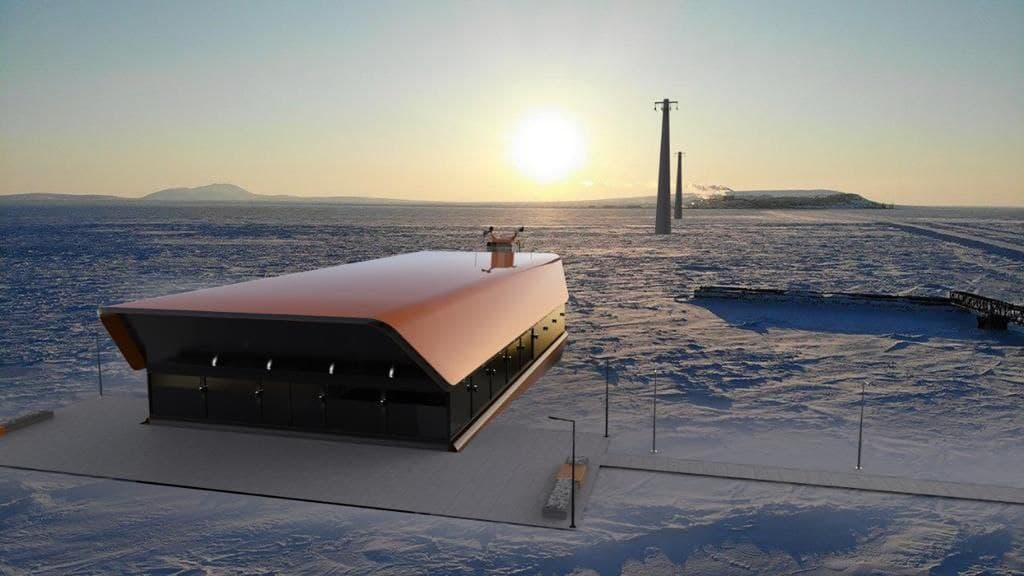 The entrepreneurs learnt about the option of getting Arctic zone residency from the regional department of economics. Applications are open to small and medium-sized businesses. According to the department's representatives, the capital investment threshold is RUB 1 mn.

'Our company was eligible so we quickly prepared the required documents and applied for residency. We expect that this membership will allow us to receive tax preferences and government support in the future', says Filippov.

According to preliminary estimates, total project investment may reach RUB 3.8 billion. Entrepreneurs do not expect the cable car to pay off quickly as the initiative has been socially oriented since the beginning.

'We expect that the operation of the cable car will not put an additional burden on the regional budget. According to our estimates, even with the current low fare, the aerial bridge should quickly become self-sufficient due to the high cargo and passenger traffic', says Filippov.

About 60,000 people cross the estuary annually. After the commissioning of the cable car, the traffic may increase due to the increase in freight volumes. The aerial bridge could also become one of the region's landmarks.

'This infrastructure object has the potential to become another tourist attraction. Russia's domestic tourism is actively developing, plus no other region in the country has such a construction yet', Transliman CEO concludes.

'We use traditional methods when it comes to solutions for crossing Anadyr Estuary. A ferry has been delivered this year and we are currently equipping the banks for it. The construction of quays on both sides of the estuary will be completed by 2022. But we also have a fundamentally different solution: the construction of an aerial bridge and a cable car. A Far Eastern concession mechanism has been developed. Chukotka is attractive for investors because many projects can be implemented here for the first time', Roman Kopin, Head of Chukotka Autonomous Area, says to Arctic Russia, commenting on the plans for the region's transport system development and project implementation.

Economy Goat milk delicacies and cheese-making workshops: what Fermerskaya Sloboda has to offer for tourists