Let's Fly to the Arctic!

17.09.21 // Murmansk Airport has become the 64th resident of the Russian Arctic Zone. With this new status, it is implementing a project to build a new terminal for domestic flights. This will nearly double the airport's passenger traffic.

The first airfield near the settlement of Murmashi, where the airport is located today, was built in the 1930s. During the Second World War, the 147th Fighter Aviation Regiment was based there. On July 21, 1976, a new airport complex, the most advanced one in Northern Europe, was commissioned, and on the same day, it served the first Moscow — Murmansk — Leningrad flight. Since 1989, Murmansk Airport has been an international one, serving foreign aircraft, receiving and dispatching flights to countries in Europe and Asia. 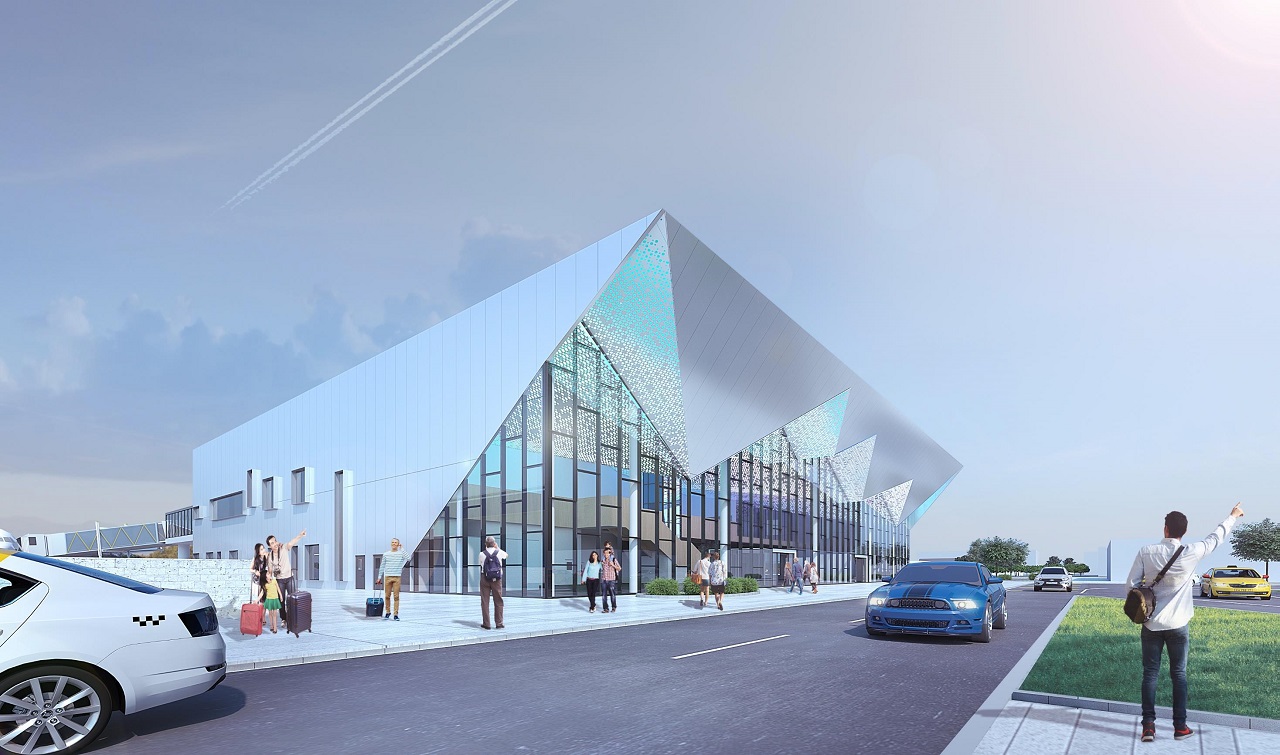 In 2021, on the day of the airport's anniversary, the Governor of Murmansk Region Andrey Chibis and Novaport Holding, of which the Murmansk airport is a subsidiary, signed an agreement on the construction of a new air terminal complex. The reconstruction of the Murmansk airport is featured among measures for fulfilling the development strategy of the North-West Federal District and among the Foundations of the State Policy in the Arctic. The implementation of the project is poised to enhance the convenience of transportation in the region and promote the development of Northern tourism.

In August 2021, Murmansk Airport became the 64th resident of the Russian Arctic Zone. With this new status, it is implementing a project to build a new terminal.

'The construction of the new terminal for domestic airlines is only the first phase of a major project to modernize our airport,' said Olga Khabarova, a spokeswoman for Murmansk Airport. 'The second stage will be the reconstruction of the existing terminal to meet international standards, and the creation of a VIP lounge in addition to the existing business lounge. We also plan to reinforce the artificial runway and build a patrol road. In addition, we want to expand the area covered by the first stage of the airport terminal complex. The development and construction plan for Murmansk Airport features provisions for modernisation and construction works up to 2028. At the moment, proposals for the implementation of the second stage of reconstruction are being considered in the Analytical Centre under the Government of the Russian Federation.

Northern Lights and a playroom

The investor will spend RUB 1.9 billion on the construction of the new terminal, and the project will create 200 new jobs.

The new terminal, to be built next to the existing one, will have a floor area of 6,000 sq. m. Its yearly throughput will exceed a million passengers, thus almost doubling the current numbers for the Murmansk Airport, which serves 1.1–1.2 million passengers annually. 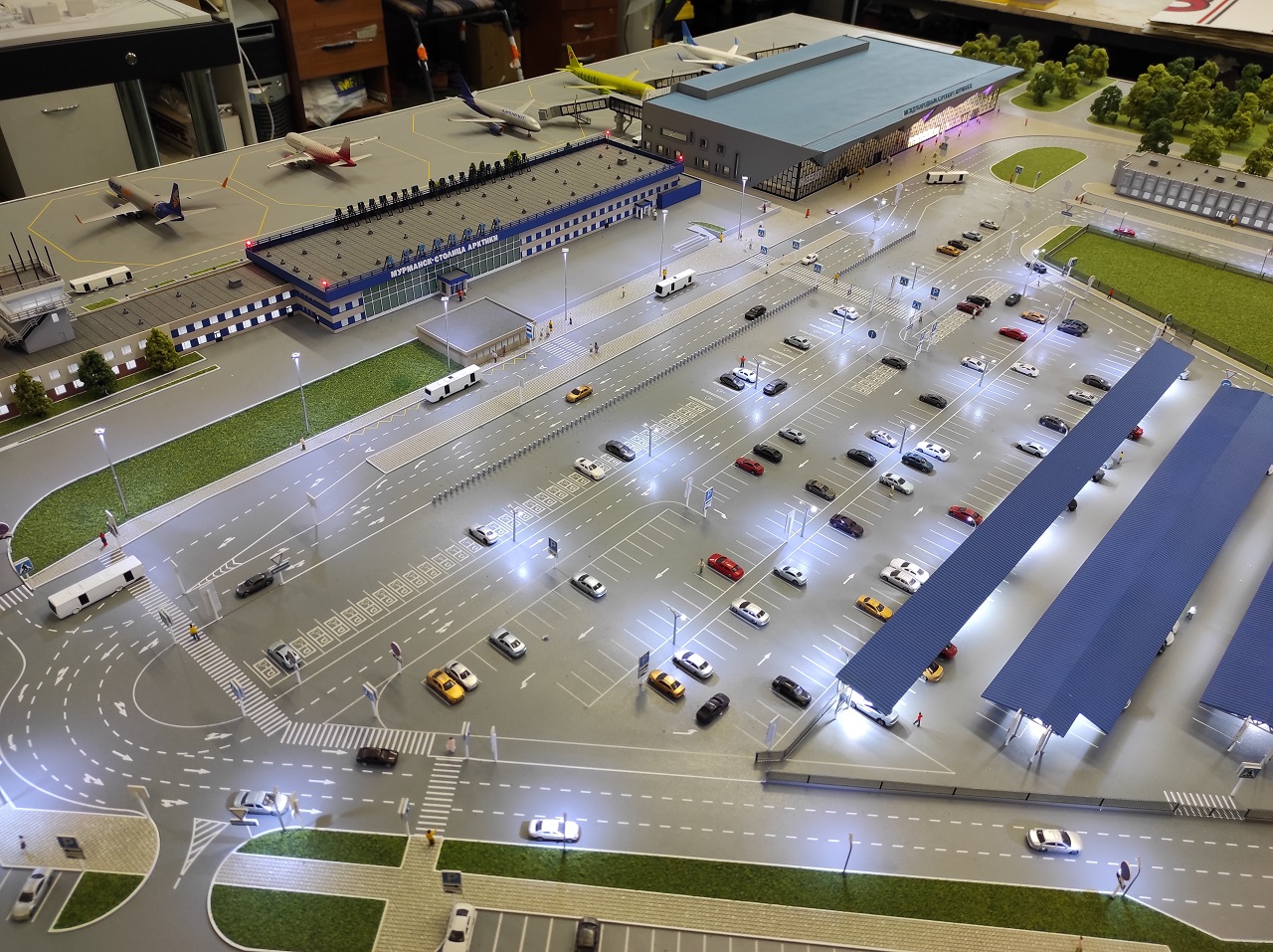 As seen in the project's design, the façade of the terminal and its interiors will be inspired by a major symbol of the Kola Peninsula, the Khibiny Mountains, illuminated by Northern Lights.

The terminal will be equipped with state-of-the-art screening, baggage handling and check-in systems, comfortable escalators and facilities for passengers with limited mobility. The terminal will be equipped with jet bridges, definitely an important feature for an airport operating in an Arctic climate! There will be cafes, restaurants and shops. Negotiations with future tenants are already underway.

Another calling card of the future terminal, something you can hardly find in any other airport, is a playroom for children.

'We can't yet say for sure what exactly it will be like. It'll have playgrounds and activities for toddlers, maybe even a colourful ball pit,' says Olga Khabarova. 'As of now, one thing is clear: we are creating this playroom so that kids won't get bored waiting for their flight, and their parents can take refuge from the pre-flight rush.'

According to Ruslan Stepanets, General Director of Murmansk Airport PJSC, obtaining Arctic zone resident status will allow the company to implement the project as quickly as possible, establish effective cooperation with the authorities and contractors, and get access to relevant information. Of course, the support measures envisaged for residents are also a factor.

'Tax benefits, in particular, zero taxes on property, land and profits for 5 years, as well as a 75% subsidy of insurance premiums for 10 years, will help us optimise our activities, develop the infrastructure of the airport, and create new jobs,' noted Ruslan Stepanets.

The new terminal for domestic airlines is scheduled to be commissioned in July 2023.