Goat milk delicacies and cheese-making workshops: what Fermerskaya Sloboda has to offer for tourists

13.12.2021 // The Fermerskaya Sloboda guest farmstead has been granted the status of a resident in the Arctic Zone of the Russian Federation to carry out its goat breeding and dairy production project. The farm is working on creating an ecological park near Arkhangelsk that will offer its visitors a closer look at rural life. The farm's director Vladimir Budeikin spoke with Arctic Russia and explained what makes the farmstead a prospective tourist destination and what delicacies can be made from goat milk.

Fermerskaya Sloboda is located in the Levkovka village, on the left bank of a river of the same name near Arkhangelsk. The farmstead was founded back in 2013 and, in its early years, specialised in breeding rabbits and poultry.

'We were responsible, so to speak, for the supply of meat in rural areas. After a couple of years, we decided to apply the experience we had gained from our work with animals in a related field and began breeding goats,' Vladimir Budeikin said. 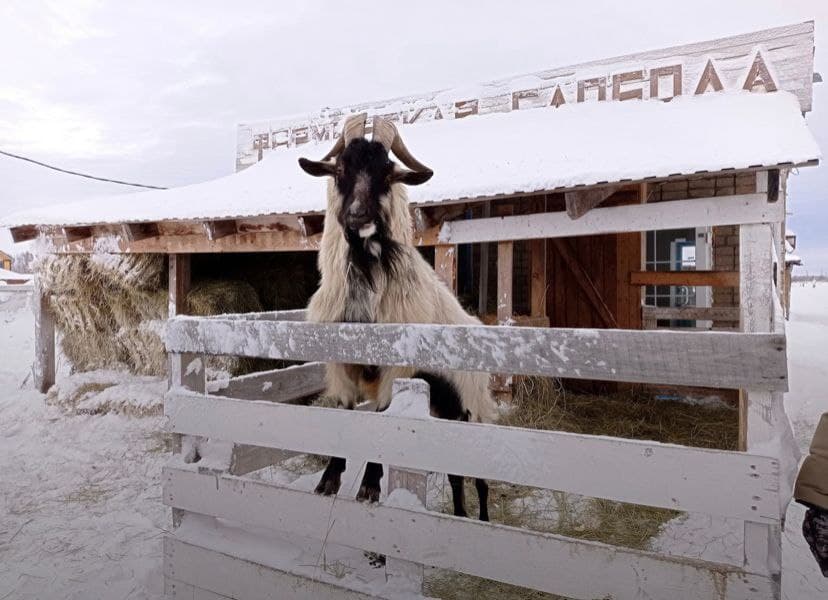 As of today, the farm has about 100 goats. Such large livestock allows the farm to produce a wide range of dairy products, the most popular of which is cheese.

According to the entrepreneur, goat milk can be used to make dozens of cheeses to any taste.

'The most popular and easiest to make is the soft Circassian cheese with herbs and garlic. We've also mastered the production of the semi-hard Maasdam and Gouda cheeses. We're also experimenting with foreign recipes: we've recently launched the production of Parmesan cheese,' the portal's interviewee explained.

The farm is also preparing to launch the production of an absolutely exotic type of cheese — Norwegian brunost. It is made using boiled whey, and the product itself has a sweet taste and a brown tinge. The first whey cheese was made by Anne Hov from the Norwegian valley of Gudbrandsdalen in the early 1860s. Her invention has contributed to saving the region's agriculture from economic stagnation. 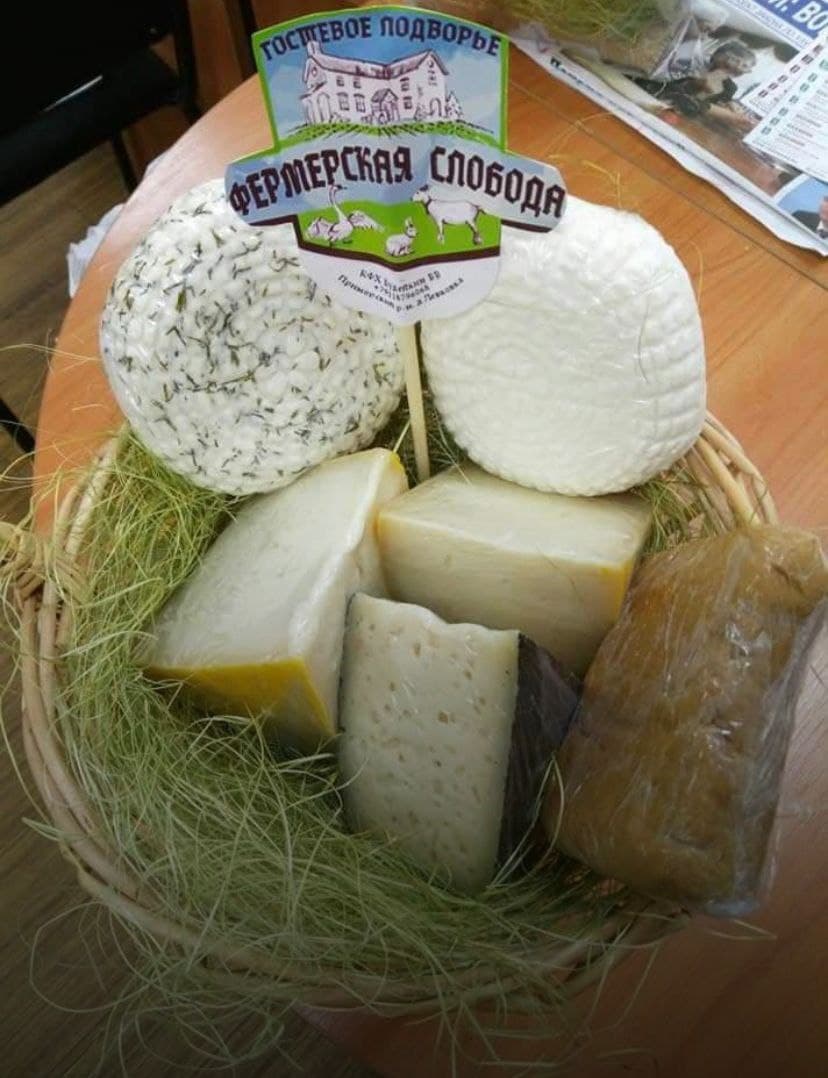 'We had been actively looking for a recipe that would allow us to make use of our whey remainder. That's why this recipe was perfect for our needs. It also turned out to be popular with our customers: some tourists from Arkhangelsk come here specifically to get this cheese. To expand our customer base, we decided to supply this unusual cheese to a local retail chain in the city,' Budeikin noted.

According to the farm's director, the enterprise keeps trying out new formats, and its staff constantly comes up with interesting original recipes. For example, last year, the farmstead's store added condensed milk and brown cheese sweets to its product range. These are made by boiling goat milk until the sugar in it caramelises. The resulting product is then frozen and covered with chocolate icing.

'Our younger guests particularly enjoy these sweets. We also have plans to start producing yoghurt and cottage cheese in the future. To do this, we're planning to actively expand our production capabilities and have already begun the development of over four hectares of land,' the entrepreneur added.

He estimates that the new plot of land will more than triple the farm's goat population, raising it to 300–400 in the next three years. At the same time, according to Budeikin, it is difficult to increase a farm's livestock through one's own efforts and without the support of the state in a short period of time.

'In addition to the goat farm, we also want to build a coop and a rabbit hutch on our premises. To turn these ambitious plans into reality, we'll require significant investment — about RUB 8 mn,' the farmer stated.

The regional department of economics explained to the entrepreneur that he could apply for residency in the Arctic Zone of the Russian Federation. Application for residency is available to small and medium-sized businesses.

'We deliberately pursued residency, as we considered this status to be a major competitive advantage. Furthermore, we're counting on qualifying for preferential tax treatment, preferential loans and support in resolving production-related issues,' Arctic Russia's interviewee stressed. 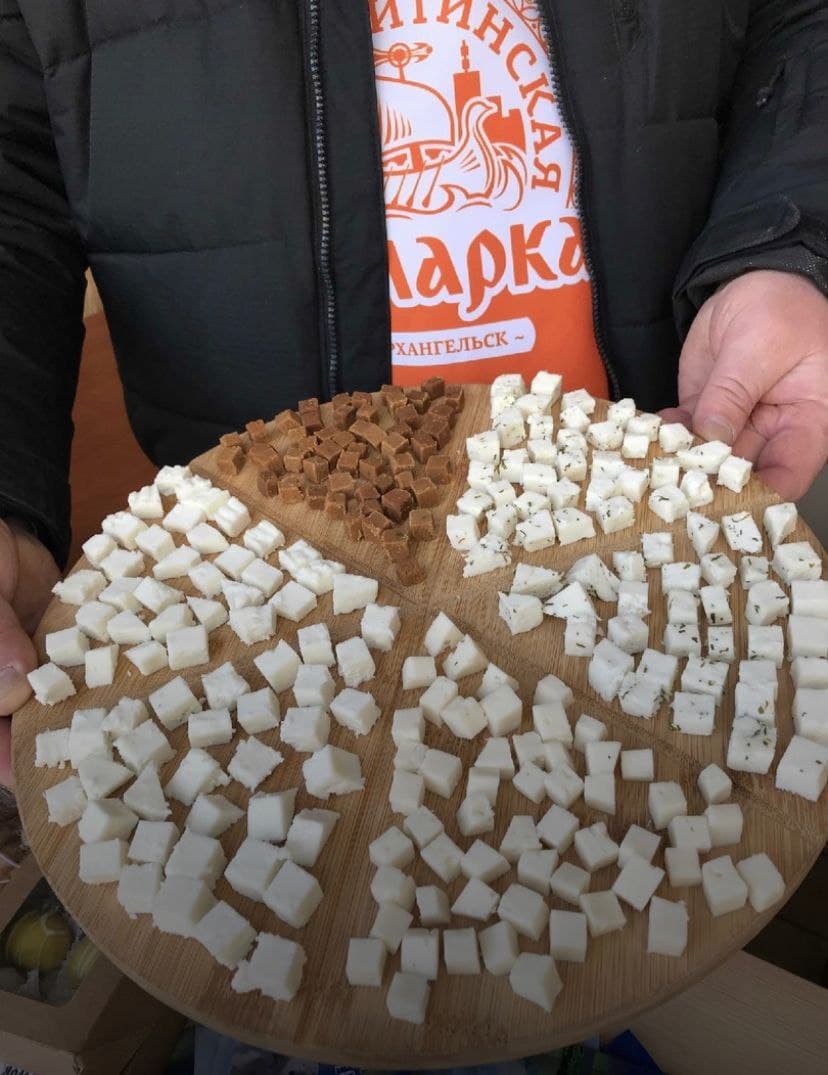 In particular, the farm is having difficulties with interruptions in the power supply. As a result of unforeseen power outages, the company sustains losses and additional costs. For example, they only milk goats using electric equipment, and the procedure itself is supposed to be performed at fixed hours.

'We end up missing milking time and not getting enough milk, which negatively impacts our production rates. Not to mention the fact that it's impossible to store finished products without electrically powered refrigerators. Furthermore, it forces us to cancel tours of the farmstead,' Budeikin added.

In recent years, in addition to producing dairy products, the farmstead has been receiving tourists. Most of the guests are schoolchildren, university students and families from nearby cities. During the tour, visitors can meet and feed the farm's inhabitants. 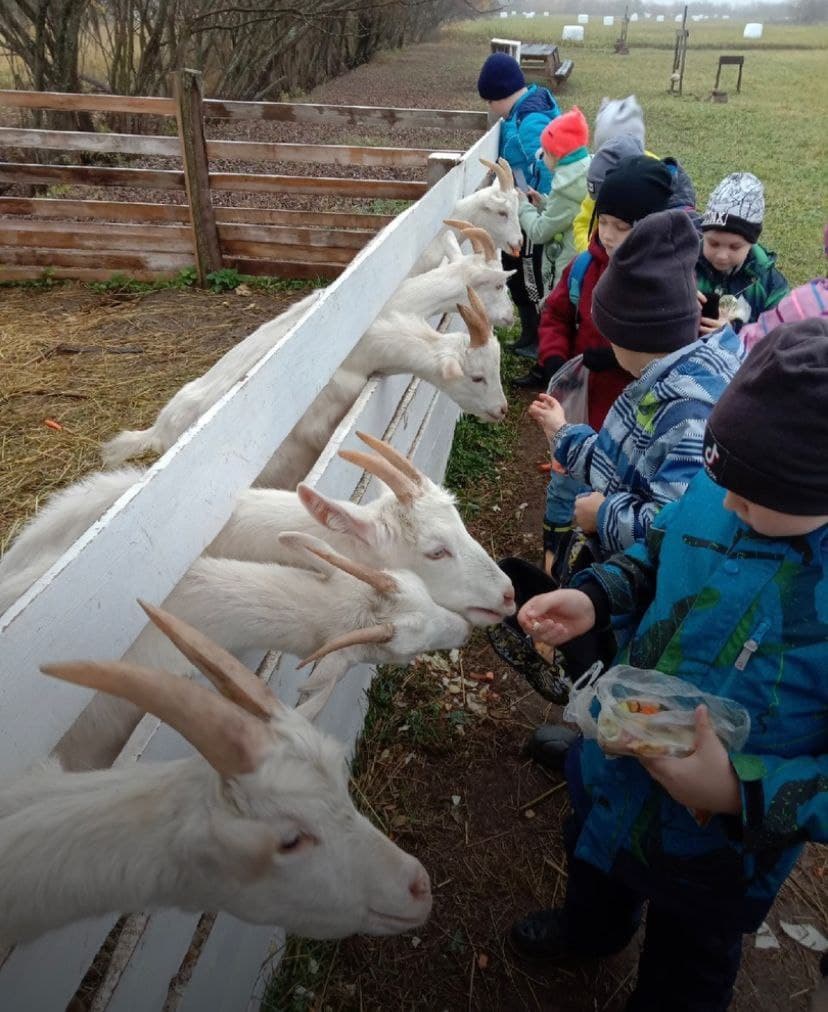 'We also offer workshops on making goat milk products. Over tea, we teach our guests how to make Circassian cheese at home in just thirty minutes. Tours allow us to sell our products more quickly and at competitive prices,' the farmer explained.

By 2022–2023, the entrepreneur plans to create dedicated themed areas in the farmstead that will showcase different animals in their natural habitats.

'Tourism is a driver of agricultural development both for the region as a whole and our farm in particular. We're making every effort to scale up this aspect of our business and hope for a manifold increase in tourist traffic in the coming years. We have entertainment to any taste and age: from walks in the fresh air to healthy food tastings,' the speaker remarked.