20 July 2022 // Fin whales enter Arctic waters in summer. Finval (Fin Whale) is also the name of a tourist complex in the village of Teriberka, Murmansk Region. It is being built by Arctic Travel Company 1 LLC, a resident of the Russian Arctic Zone, under an agreement with the Far East and Arctic Development Corporation. The unusual feature of the project is that some of the buildings will be built above the water.

'Arctic Travel Company 1 was created in 2022 to implement this project. However, our allied company has been running Kanentyavr, a popular recreation centre for travelers 70 km from Teriberka, for several years. We decided to purchase the Spica yacht for sea trips and fishing at that centre,' says Stanislav Terentyev, a project manager at the AZRF resident company. 'However, such a yacht needs a modern pier for mooring. That's how it all started! First we decided to replace the pier, and then there was an idea to create a hotel complex so that people who went for a pleasure ride on our yacht could then stay in Teriberka for a while and relax.' 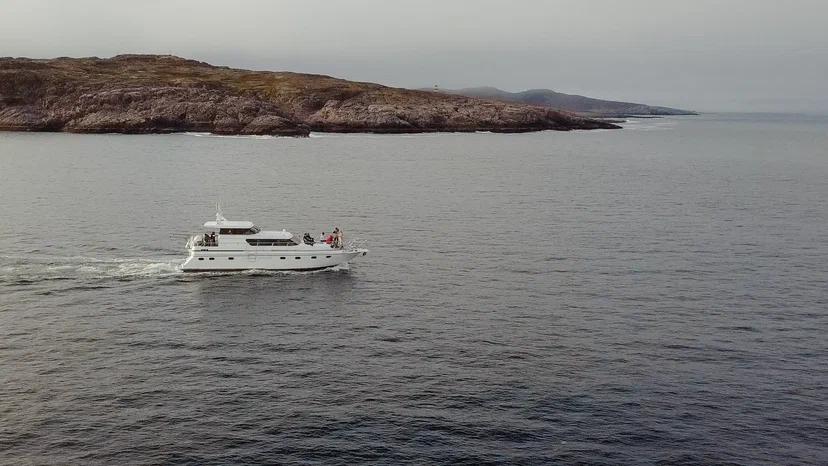 The project provides for the construction of a pontoon pier with berths for small vessels and jet skis at the mouth of the Teriberka River. The company has already acquired a PM 61 floating pier. The building will also become a local sight. Its peculiar appearance has already been developed in accordance with the Teriberka design code.

Four guest houses and a sauna will be located on the bridges next to the pier. According to Stanislav Terentyev, it is now being decided whether the water houses will be designed for short stopovers (from several hours to a day) or for longer stays. There are plans to build a two-storey hotel with 12 rooms and a restaurant on the shore. The investor will improve the territory adjacent to the hotel complex and set up entertainment and educational recreation facilities there.

The company expects the tourist flow to the Finval base to reach 10 thousand people per year. Finval will become an attractive public space combining recreation and active leisure areas for guests of different ages and interests.

To date, the Far East and Arctic Development Corporation has concluded about 460 agreements with Russian Arctic Zone residents; 158 companies received the Russian Arctic Zone resident in the Murmansk Region. Investors have already inserted over RUB 13.2 billion to the region's economy and created jobs for 1,300 Murmansk residents. The process of obtaining the AZRF resident status is has been made as easy as possible. One can apply on the Arctic Russia portal.

Infrastructure Let's Fly to the Arctic!