The pulse of the Arctic

10.04.2022 // Twelve specialists from the Arctic and Antarctic Research Institute (AARI), the world's leading centre for the study of the Earth's polar regions, set out to the Severnaya Zemlya archipelago. During the 100 years of work, this institute has organised more than 1,100 expeditions to the high-latitude Arctic. Participants of the new North-2022 expedition will study the ice in the Arctic at the research station at Cape Baranova on Bolshevik Island. At a time when the Earth's climate is changing rapidly, this research is not just practical, but also strategic.

On April 4, 2022, a dozen scientists from St. Petersburg set off for the Severnaya Zemlya. Two days later, on April 6, they arrived at the Cape Baranova Ice Base research station. It is the northernmost observation point in the extensive network of the Arctic and Antarctic Research Institute. North-2022 expedition has begun.

During this season, the task of the expedition will be to study numerous rivers and lakes in the Arctic zone. Particular attention will be paid to the glaciers. How they were formed, how they changed during different periods of the planet's geological history, whether global warming threatens them or not — geomorphological and paleogeographical studies will help find answers to these questions. In order to keep on top of things, scientists will study the possibility of permafrost soil monitoring.

The data obtained at the Cape Baranova Ice Base is important not only for solving applied tasks, but also for fundamental research of the high-latitude Arctic. The participants of the North-2022 expedition will join this work, as its results are of strategic importance. Director of the Arctic and Antarctic Research Institute Alexander Makarov explained that they are important 'to ensure the safety of maritime activities and further in-depth study of the Arctic Ocean, the seas of the Siberian Shelf and the Severnaya Zemlya archipelago'. 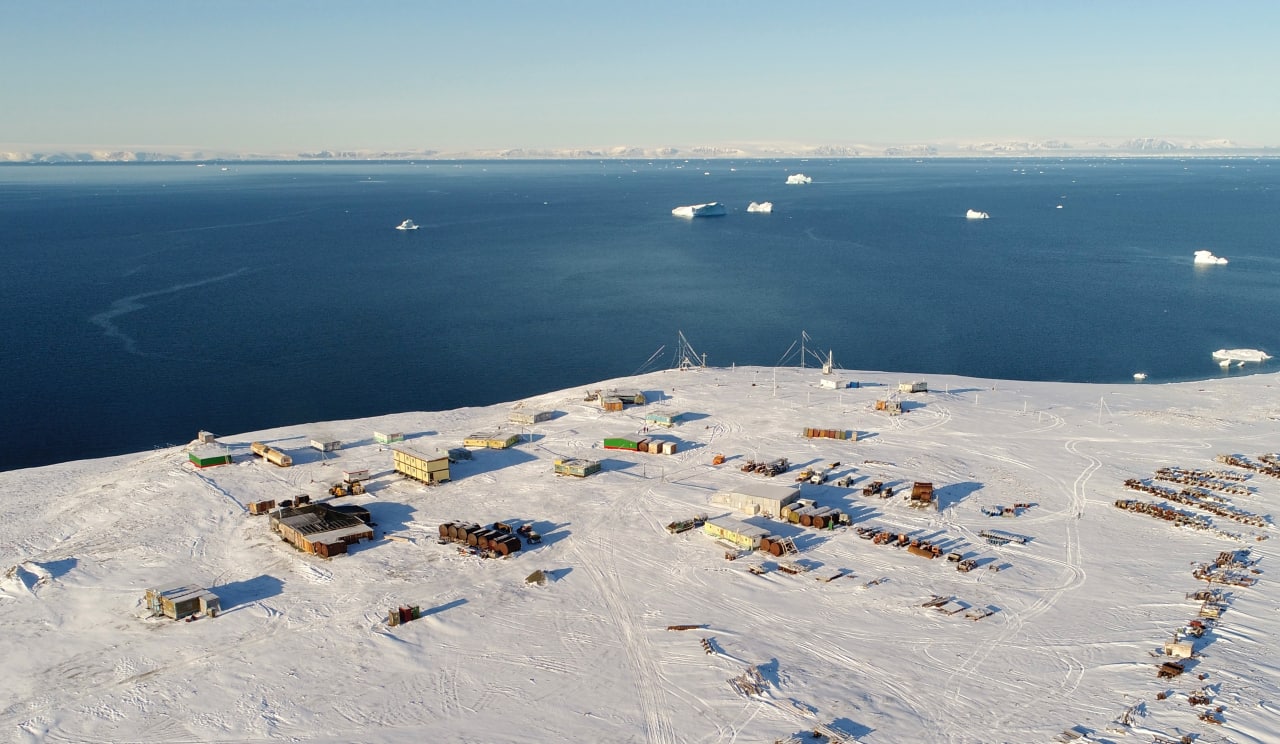 Last winter, an extensive set of observations was carried out by 19 specialists at Cape Baranova. With the arrival of the North 2022 expedition, the number of scientists on Bolshevik Island has almost doubled, and several more research teams will join them in the summer.

Read more Saving the environment: how air pollution will be countered in the Arctic The first carbon control area in the Arctic will appear in Yamal

Read more
Novy Urengoy The thriving "gas capital" of Russia
Zapolyarye On the roof
Anadyr The easternmost, the northernmost, the longest