The culture of peoples of the Arctic

The cornerstones of the culture of indigenous northern communities are mutual support and environmental protection. More than one-third of indigenous peoples of Russia live in the Arctic: over 82 thousand out of 250. This includes: Sámi, Veps, Nenets, Khanty, Mansi, Selkup, Kets, Enets, Nganasans, Dolgans, Evenks, Evens, Yukaghirs, Chukchi, Eskimos, Kereks, Chuvans, Koryaks and Itelmens. Most of them live in cities and settlements. Only a quarter of all indigenous communities of the North lead a nomadic life and engage in traditional crafts such as grazing deer, hunting and fishing.

Living north of the Arctic Circle formed a special culture shared by all indigenous northern peoples. Mutual support is its main value. It would have been impossible to survive in the extreme conditions of the Arctic—in permafrost—without the willingness to help a person who needs it, without asking for anything in return. In the Arctic, even a stranger is as welcome as a native, and will always be offered shelter and food.

If there isn't enough food for everyone, the host will give up his meal to feed the guest. And if the entire village is in trouble, the neighbours will always come to the rescue: they will share their food supplies or let the deer graze on their pastures if the pastures of their neighbours were destroyed in a fire.

Amazing solidarity is one of the main principles of living in the north.

Mutual assistance and strong family ties help survive in the harsh conditions of the Arctic. However, each person individually must also learn to be responsible and follow the strict rules of a moral code. It is shameful for a woman not to know how to run a house, cook, sew, and even dance. Girls start helping around the house from an early age, and by the age of 8–10, they are already doing all the housework they can.

For a man, it’s a big shame to show fear when faced with danger, to become exhausted before his comrades during hard work, or, for instance, to be greedy when sharing a catch and not to offer others the best part of it. To shame such a person, the rest will give him their shares. It is also shameful to break promises, so men try not to make them. But if they do make a promise, they will keep it no matter what.

The harsh northern nature is incredibly vulnerable, and the biological balance in the Arctic is very easy to disturb. That's why the local environment requires special care and love. Over the course of many centuries, northern peoples have developed a simple rule: 'do not take from nature more than is necessary to survive'. Sea hunters will never kill walruses or seals for fun. Reindeer herders always limit the number of deer in their herds to prevent pastures from depletion. 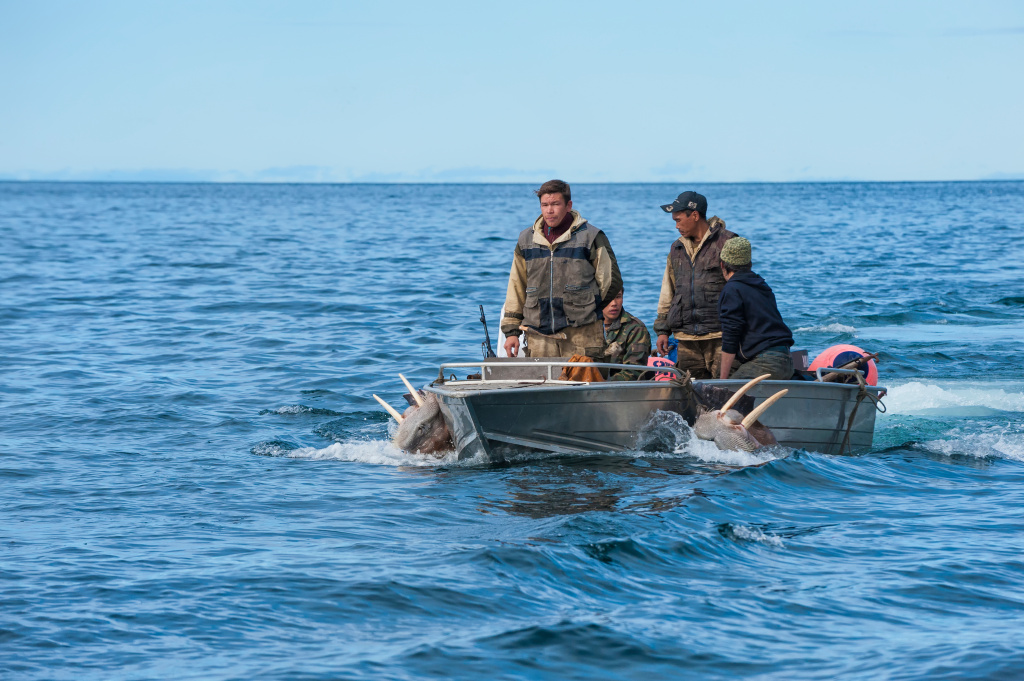 Northern peoples strictly follow the rule of nomadic minimalism: they only carry things they cannot survive without on the road, and get the rest along the way. Having settled in a new place, they always aim to return back to their native lands which they maintain a spiritual connection with.

Studies have shown that families of reindeer herders who lead a nomadic lifestyle preserve the universal values of the Arctic culture the best. They also remain the main custodians of the languages of northern peoples, which reflect these values.

Andrey Chibis, Governor of the Murmansk Region, held a working meeting with Zhanna Sedova, Director General of Enel Russia PJSC, regarding the implementation of the investment project for the construction and subsequent operation of the Kola Wind Farm.

An integrated plan for the development of the North Sea Route until 2035 was submitted for consideration by the Russian Government. It covers both infrastructure development and the construction of new icebreakers, the launch of satellites, the improvement of security systems, and the updating of meteorological technologies.

Read more
Komi Komi: The Seventh Wonder of Russia in the Middle of the Ancient Taiga
Zapolyarye Arctic Holidays
Yakutia The Pole of Cold and Human Capabilities