Maxim Mironov: Norilsk has every chance to become a leader in sustainable development of the Arctic

Interview with Maxim Mironov, Director of the Norilsk Development Agency

20.12.2021 // 2021 has become a landmark year for Norilsk. The Government of the Russian Federation approved the Comprehensive Plan for the Socio-Economic Development of the City until 2035. This means that in the near future, Norilsk and its residents will face big changes, including renovation of the housing stock, construction of social facilities, landscaping and modernization of communal infrastructure. Maxim Mironov, Director of the Norilsk Development Agency, spoke in more detail about this, as well as about the development of tourism in an interview with Arctic Russia.

- In 2021, a program of large-scale transformations was announced, which should change Norilsk by 2035. Large private investments have been announced, accompanied by large-scale state support. What are the main accents of this program?

- The need for renovation in Norilsk has ripened for a long time, and now, with a new round of city development, with large-scale production plans of Norilsk Nickel and other large companies, with the need for qualified personnel who can only be attracted to a comfortable modern city filled with high-quality services, this the topic is more relevant than ever. The key participants in the renovation process are the municipality, the Norilsk Nickel company, the Norilsk Development Agency and, of course, the townspeople themselves. Regional and federal authorities render great support to the city. Thus, the signed quadripartite agreement between the city, Norilsk Nickel, the Governments of the Krasnoyarsk Territory and the Russian Federation, and individual agreements with the city-forming enterprise provide for a large-scale renovation of the city infrastructure. Among the priority tasks are: liquidation of emergency housing stock, construction and reconstruction of housing and social facilities, modernization of engineering infrastructure, transport reform. The plans include the arrangement of a pedestrian street, public spaces, a winter garden, and the construction of sports facilities. 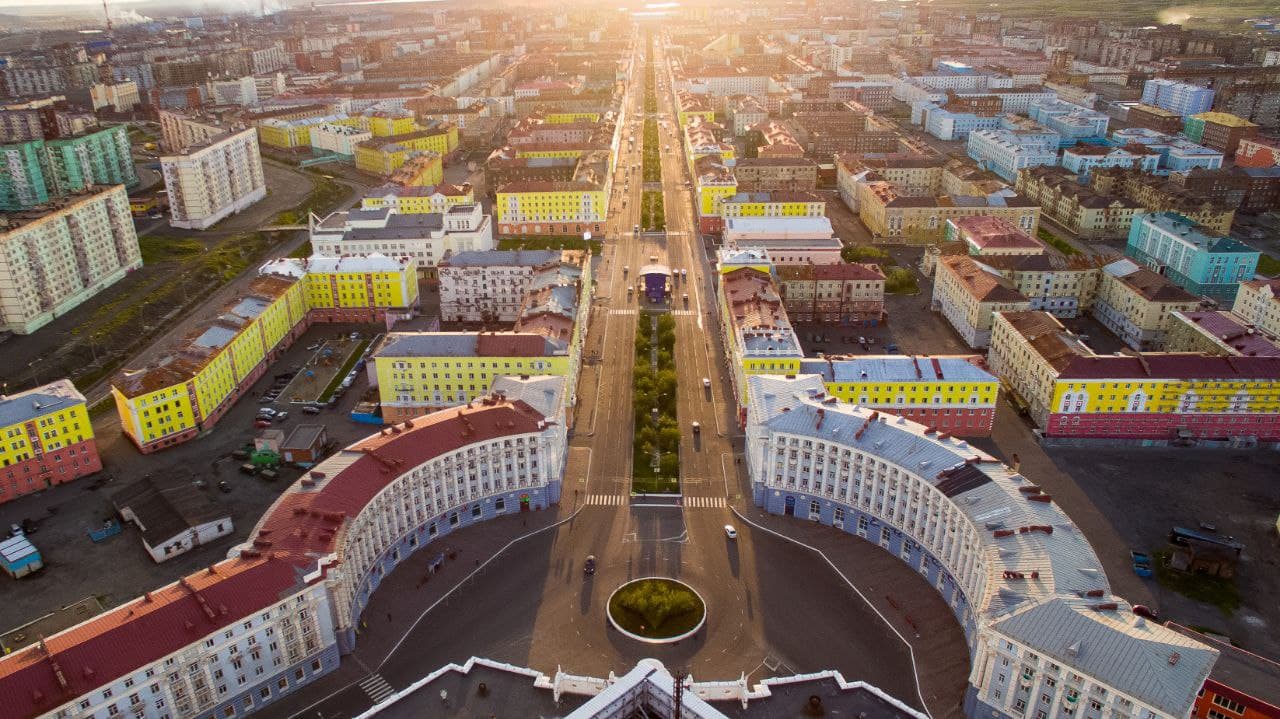 - We know that in Norilsk they are actively working on the improvement of the city, an international competition among architects is being held. Did you receive a lot of work, are there any interesting solutions for the city?

- The start of an open international competition for the development of an architectural and planning concept for the renovation of Norilsk until 2035 was given in the summer of 2021 in Moscow. The competition received 27 applications from 73 companies from 13 countries. Three consortia became finalists. Two of them include foreign architectural companies from France and Great Britain.

According to the results, there will be many interesting solutions for the city. The finalists propose, for example, to build houses using modern technologies of different heights: low-rise in the Central District and high in Oganer. Create modern community centers in all areas of the city. Such centers can be supermodern libraries with special educational, developmental and leisure programs for residents of various ages, professions and interests. Such public spaces are becoming very popular in the world. They are not too complex from the point of view of organization and bring a quick and tangible effect, qualitatively improving the urban environment. All finalists see tourism as one of the key drivers of the territory, therefore, they provide for the appropriate tourism infrastructure in their concepts. We will summarize the results of the competition in March 2022. The city will receive three concepts at once, each of which, to one degree or another, will be able to implement.

- Key expectations in the development of the city are placed on creative industries, Arctic tourism and high-tech entrepreneurship. Tell us in more detail what is behind these directions?

- Of course, Norilsk was, is and will remain a large metallurgical center. At the same time, in an effort to get away from the concept of a monocity, Norilsk must restart through the development of high-tech entrepreneurship, tourism and creative industries. These are the key rates of the city, which will contribute to the diversification of the economy, increase the attractiveness of Norilsk as a city for study, work, life and travel. The agency takes an active part in the implementation of "first launch" projects in these areas-drivers of development. So, we are working on projects for an Arctic Technopark with a construction cluster, an ecotechnopark, the future Arctic Museum of Modern Art (AMMA), the Tower public center, a modern school for 1100 students, the Dolgoye Lake recreation park, a winter garden, city festive illumination, pedestrian Mira street and other objects. For five of these initiatives, five project teams of city managers will develop a financial and management model, recruit staff, and more. They included employees of the Norilsk administration and its structural subdivisions, specialists from the ARN, representatives of city organizations, who passed a special time on the initiative of the Norilsk Development Agency an educational course developed by experts from the Moscow business school SKOLKOVO. Now city managers are continuing their training already within the framework of the acceleration program and are starting to work on the five projects of urban transformation indicated above. It is assumed that project team members, having learned how to manage business processes and taking a direct part in the launch of important city objects, will become their management team.

- In 2021, the situation in the tourism industry, compared to 2020, has changed for the better for the Russian regions. Despite the cancellation of event events and some other restrictions, travel around the country was still allowed. Have you noticed an increase in the flow of tourists? And how would you rate the overall tourist season in 2021?

- To begin with, the Norilsk Development Agency is systematically working to develop tourism on the territory of the Arctic tourism and recreation cluster, the creation of which was initiated in 2018. Today the tourist cluster has about 70 investment projects. Some of them are included in the comprehensive plan for the socio-economic development of the city until 2035. An impetus was given to the development of ethnographic, adventure, sports, event, gastronomic, cruise and industrial tourism. At the beginning of 2022, the ARN, in cooperation with partners, will complete work on a large systemic document - the master plan for the Arctic Broadcasting Company. 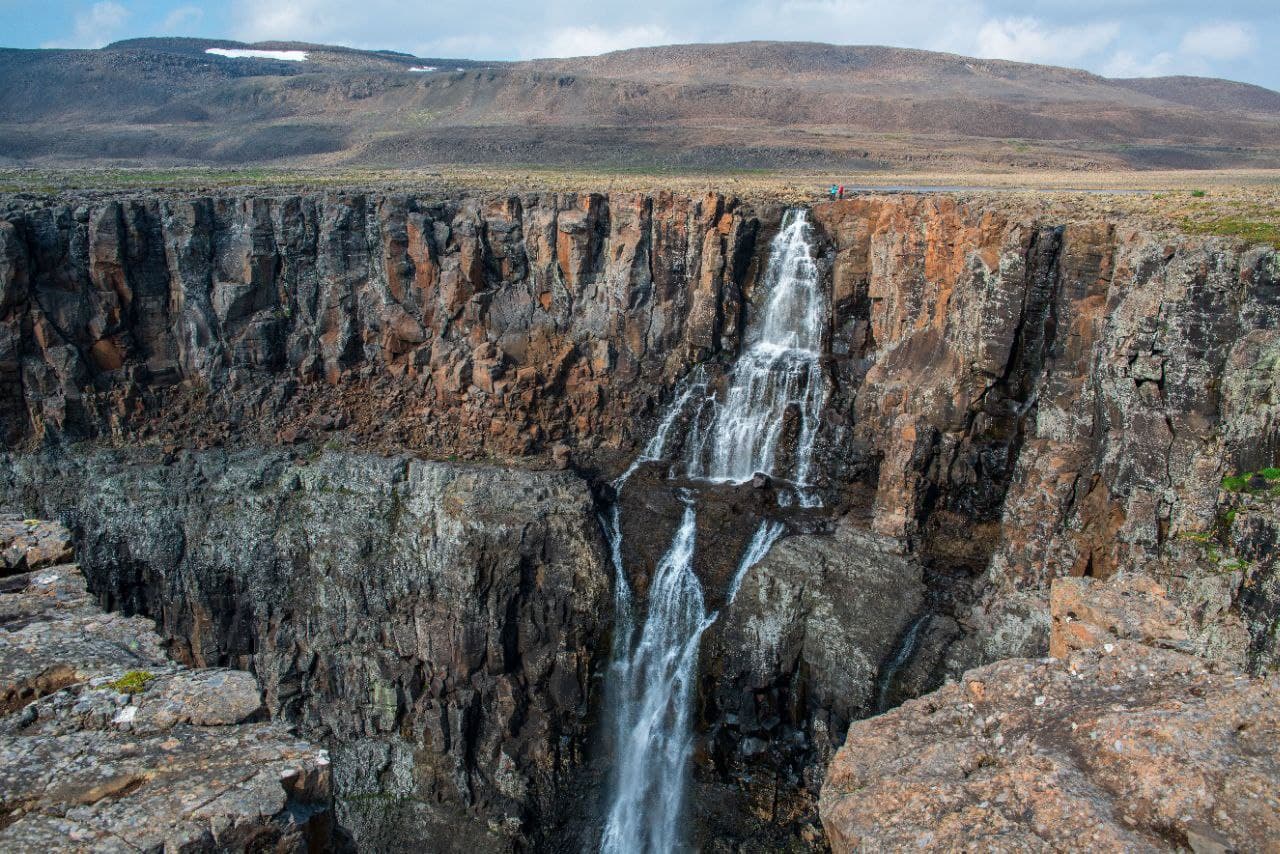 - What areas / points of attraction would you call the most promising in the context of tourism development?

- The visiting card of our territory is included in the UNESCO list the famous Putorana plateau with its majestic canyons, thousands of lakes, including the highest in Russia - Kandinsky and the largest spillway in terms of flow capacity - Bolshoy Kureisky. A large-scale project "Zatundra" will be implemented near the plateau. New routes on the plateau are being developed, issues of improving the transport accessibility of this territory are being worked out.

The Arctic tourist cluster is not limited to the plateau territory. We see prospects for the development of tourism in Dudinka, Khatanga and Dikson, as well as in remote villages of the Taimyr region and on the Arctic coast. This is an adventure tourism with the opportunity to see the animals of the Arctic in their natural habitat. This is ethnic tourism, when you can touch the original culture and life of the five indigenous minorities of the peninsula. Interesting historical routes in Norilsk have been developed. In the immediate vicinity of the city there is a beautiful natural object Krasnye Kamni. This is the foothills of the Putorana plateau. In the near future, we plan to create the necessary infrastructure there. And, of course, the city has something to offer to lovers of industrial tourism.

- If we talk about the Putorana plateau and the Zatundra project, what economic effect can Norilsk get from the implementation of this tourism project?

- It is important that this object will be oriented both to the guests of the territory and to domestic tourists. Therefore, we definitely expect a positive social effect from the implementation of the project. As for the economy, the creation of "Zatundra" will bring new jobs to the territory, and will also contribute to the emergence of new small and medium-sized businesses in Taimyr.

- Please tell us about the Taimyr hospitality system and how it can help the development of tourism in the region?

- How do you personally see Norilsk in the distant future - by 2035? Or what do you think it should become?

- Norilsk has every chance to become a leader in sustainable development in the Arctic. I see it as a super-modern city in the Arctic. Comfortable, full of quality services, with a rich urban agenda. The Arctic Center for Scientific Knowledge, Competence and Research. A major metallurgical center and at the same time a city with a developed creative economy. A place where it is interesting and fashionable to live, and where both Russian and foreign tourists want to come.

Read more
Putorana Plateau The land of a thousand lakes, canyons and waterfalls
Naryan-Mar Arctic adventures in the tundra capital
Nadym and Tarko-Sale The most comfortable cities of the Russian North