How the north wind can energize the Arctic

29.11.2021 // The Russian North needs electricity. However, it is not only economically inexpedient to build large power facilities here that will operate on imported diesel fuel, but it is also not environmentally friendly. Experts see a way out of this situation in a gradual transition to alternative energy sources: nuclear and hydrogen energy, wind turbines and solar panels. And in the Arctic they are already actively experimenting in this direction.

In the Arctic, diesel generators have been used to generate electricity for the past decades. But, given the weather conditions in the Russian North, this is irrational. Due to the weather, constant fuel delivery is not always possible. In addition, it is expensive and damaging the environment when burning a diesel engine.

“The Arctic regions belong to the zone of decentralized power supply, electricity is generated at low-power facilities, mainly diesel power plants, respectively, the price of electricity is high,” said Director of the Association for the Development of Renewable Energy Alexei Zhikharev to Arctic Russia.

One of them is a large-scale project for the construction of a carbon-free Arctic station "Snezhinka". The State Commission for the Development of the Arctic has decided to build two international Arctic stations "Snezhinka" in Russia: in the Yamalo-Nenets Autonomous District and the Murmansk Region. The station will consist of several dome-type buildings connected by walkways. On its territory will be installed wind turbines, solar panels and three domes for the production of hydrogen through electrolysis.

Snezhinka is expected to produce energy from renewable sources (mainly wind) throughout the year. This energy will supply local settlements and industrial facilities.

This is not the only purpose of the station. In addition to supplying electricity, Snezhinka will work out technologies not directly related to energy: construction, waste processing, development of artificial intelligence, telecommunications, medicine, agriculture and others.

Back in 2019, another ambitious northern project began to be built in the Murmansk region - the Kolskaya WPP wind farm with a capacity of 201 MW. It should become the largest such object in the world beyond the Arctic Circle. As of November 2021, 30 out of 57 wind turbines have already been installed.

“On the one hand, these are investments, which are estimated at 23 billion rubles, on the other, modern technologies. I hope that the wind farm will create, in fact, a new technological groundwork in our North, and the production of hydrogen, which can potentially develop on our territory, will provide new economic opportunities, ”said Governor of the Murmansk Region Andrei Chibis.

However, in many regions of the Arctic, "wind turbines" are already being used to generate electricity. 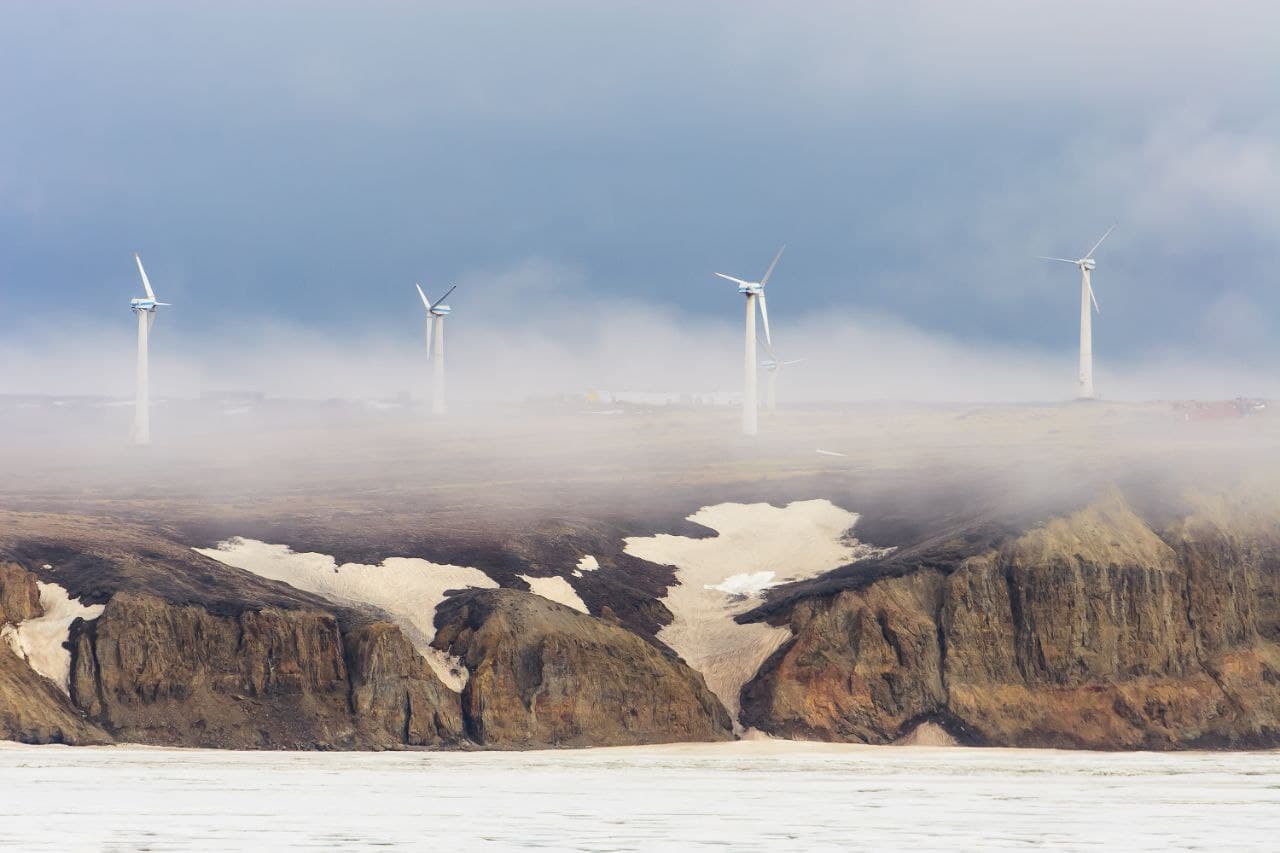 “The Anadyr wind power plant (WPP) with a capacity of 2.5 MW is in operation in the Chukotka Autonomous Okrug. Plans for the use of renewable energy sources in Chukotka are associated with an extremely complex transport scheme and expensive northern delivery to the villages of the region. In the Arctic zone of the Republic of Sakha (Yakutia), wind farms with a capacity of 0.94 MW are already operating in the villages of Tiksi and Bykov Mys, pilot projects for the modernization of diesel generation using renewable energy generation and energy storage systems are being implemented, ”notes Alexey Zhikharev.

The state corporation Rosatom is actively involved in the creation of projects for the generation of alternative energy in the Arctic. One of the sources of energy in Chukotka was the first floating nuclear thermal power plant "Akademik Lomonosov", which started working in the Chukotka port of Pevek. The FNPP consists of a floating power unit (FPU), an onshore site with structures that provide the delivery of electrical and thermal energy to consumers, as well as hydraulic structures. They ensure the safe parking of the FPU in the water area.

The plant has a maximum electric power of 80 MW and includes two KLT-40S reactor plants. The advantages of the project are the absence of the need to create an infrastructure for the supply of fuel, ease of disposal, environmental friendliness in the process of generating electricity and the absence of CO2 emissions into the atmosphere. In the future, such floating power units will be able to replace diesel generation.

From researchers to volunteers

At the same time, projects are also being actively carried out in the Arctic to determine the degree of environmental damage that has already been caused to the atmosphere by burning fossil fuels and natural gas. Thus, a new research station was opened on Bely Island (Yamalo-Nenets Autonomous Okrug). Scientists from Moscow about the State University named after M.V. Lomonosov (Moscow State University) and their colleagues from the Scientific Center for Arctic Studies.

Field work has been carried out for several years to clean up territories from industrial waste. Back in 2014, an interregional public environmental organization "Green Arctic" was created.

“The state is moving into the Arctic, and a big plus is that at the start of the [new wave] of its economic development, an emphasis is placed on the ecological component. We have no right to repeat the negative experience and cause any damage to the nature of the Arctic,” notes Eduard Lapin, press secretary of the All-Russian Society for Nature Conservation, project manager of the Vernadsky Ecological Foundation.