28.04.2022 // The ice-resistant self-propelled platform (ISP) North Pole will soon embark on its first expedition. The unique vessel will join the fleet of the Arctic and Antarctic Research Institute (AARI). Russian President Vladimir Putin sees the North Pole platform as one more opportunity for international scientific cooperation.

According to the statement made by Russian President Vladimir Putin during a meeting on the development of Russia's Arctic zone, Russia still views the Arctic as a territory of productive collaboration, even given the new geopolitical realities. The North Pole research vessel is expected to act as a platform for international scientific cooperation.

"Working as a drifting laboratory—and, if I'm not mistaken, we're talking about 16 laboratories in total—it will be used to carry out all kinds of research, from studying bottom sediments and ice to analysing the upper atmosphere. There are no similar vessels anywhere else in the world, and there is no doubt that the international scientific community wants to see it completed and launched," said the president of Russia. 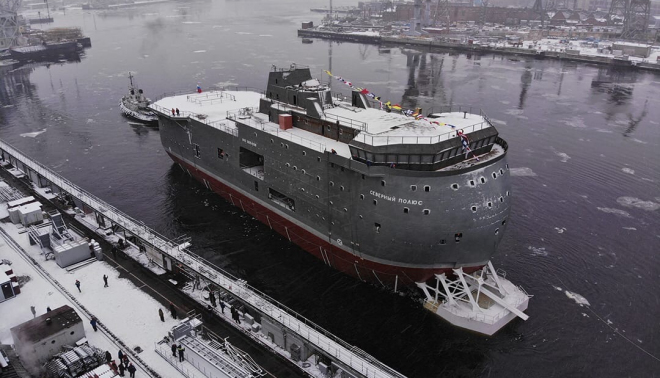 The North Pole platform is scheduled to make its first trip to the Arctic in September. Vladimir Putin urged the project team to get the vessel ready for its maiden voyage on time and without any delays.

The vessel is currently 94% complete. Once all the works are finished, the North Pole will be able to stay at the high latitudes of the Arctic Ocean all year round. Thanks to its Arc8 hull, the vessel will be able to make its way through the ice on its own, without an icebreaker, at a speed of at least 10 knots. It will have enough fuel to sail independently for two years without resupply. If necessary, the platform will be able to receive heavy helicopters like the Mil Mi-8 AMT (Mi-17). And most importantly, the North Pole will have all the necessary equipment for a wide range of geological, acoustic, geophysical and oceanographic research. The platform will be able to house more than three dozen scientists at a time. "The North Pole will provide them with a comfortable and safe working and living environment during long scientific expeditions. 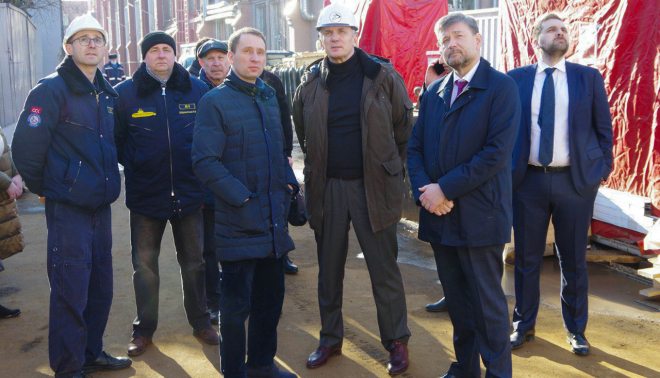 "We will receive new data on climate processes in the Arctic, ice drift, ice degradation and the increasing influence of warm Atlantic waters on the Arctic already after the first year of research. That data will immediately be used to improve the quality of forecasting along the North Sea Route to ensure safe navigation and promote the development of the region", said Alexander Makarov, director of the Arctic and Antarctic Research Institute.

The contract between JSC Admiralty Shipyards and Roshydromet for the construction of the unique vessel was signed in April 2018. The North Pole's keel was laid down on 10 April 2019. The project is part of the state programme for the socio-economic development of the Arctic region of Russia.

Read more
Zapolyarye Arctic Holidays
Anadyr The easternmost, the northernmost, the longest
Nadym and Tarko-Sale The most comfortable cities of the Russian North